Latinos in the United States typically live longer than whites — a phenomenon commonly referred to as the “Hispanic Paradox” or “Latino Mortality Advantage.”

While not totally understood, these epidemiological findings have interested scholars, mostly because Latinos, on average, have lower socioeconomic status than whites. This is typically associated with higher death rates and worse health outcomes.

Good health at the start of migration, lower rates of smoking and strong social networks are some of the reasons researchers believe Latinos have an edge over their white counterparts in the United States.

But current health trends suggest the gap between U.S. Latinos and whites may soon be shrinking, according to Princeton University research, which points to higher obesity rates, higher incidence of diabetes and significant disability issues as potential downfalls for Latinos. While Latinos still smoke less than whites in the United States, this may not be enough to counteract the other negative health trends. 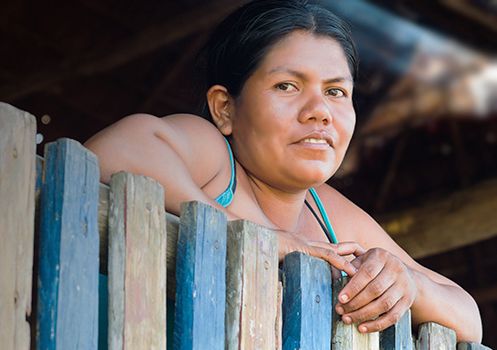 We discussed the research with study author Noreen Goldman, the Hughes-Rogers Professor of Demography and Public Affairs at Princeton’s Woodrow Wilson School of Public and International Affairs and the Office of Population Research. Her findings were published in Research on Aging, an academic journal.

Q. What is the Latino Mortality Advantage? How is it explained?

Goldman: The Latino Mortality Advantage refers to the finding that Latinos in the United States live longer than non-Latino whites. In 2014, for example, Latinos had a three-year advantage in life expectancy at birth over whites (81.8 years versus 78.8 years). This survival advantage, which has been noted for the past few decades, is most pronounced among Latino first-generation immigrants, particularly those from Mexico and parts of Central America and South America. Researchers have posed several explanations for the survival advantage: better health among those who immigrate to the United States and worse health among those who return to their sending country; better health-related behaviors, particularly lower rates of smoking; and better social support from their families and peer networks. To date, the strongest explanation for this survival advantage is that Latinos have had and continue to have lower rates of smoking than non-Latino whites.

Since about two-thirds of Latinos are of Mexican ancestry, many findings refer specifically to Mexican Americans. My colleagues and I recently found evidence that Mexican Americans who report themselves in relatively poor health are more likely than their healthier counterparts to return to Mexico — a migration pattern that makes those who remain in the United States relatively healthy; thus, ultimately they have higher life expectancy (a pattern sometimes referred to as the “salmon bias.” This phrase was coined because many species of salmon undergo return migration from the ocean to their natal rivers, where they spawn and then die). In contrast, we showed in earlier work that there is only a weak association between the health status of Mexicans and the likelihood that they migrate to the United States, contradicting the frequently assumed healthy migrant effect.

Q. Is this phenomenon also referred to as the “Hispanic Paradox”? And does it still exist today?

Goldman: Yes, the Latino mortality advantage is often referred to as the “Hispanic Paradox” or the “epidemiological paradox.” The word “paradox” is used because Latinos (a term often used interchangeably with “Hispanics”) are less educated, have lower income and wealth and have much poorer access to health insurance than non-Latino whites. Given the widespread social gradient in health in the United States — those of higher socioeconomic status live longer than those of lower socioeconomic status — this ethnic difference in life expectancy is surprising.

Latinos continue to have a survival advantage over whites. In fact, the latest data suggest an increasing advantage of Latinos over whites for life expectancy at birth because the situation for whites has been deteriorating — a finding in line with Professors Anne Case and Angus Deaton’s results.

However, there are several health trends that suggest a future decrease in this Latino advantage:

In a recent paper, my colleagues and I found another pattern that does not bode well for the future longevity of Latinos: the health of Mexican immigrants is much more likely to decline in the year or two after migration than it is over this time period for those who remain in Mexico. This suggests that the process of migration and/or the migrant’s experience soon after migration detrimentally affects the health of Mexican immigrants to the United States. There are many stressors associated with the migration process which are likely to affect the health of immigrants. These stressors include: the dangerous process of border crossing for undocumented immigrants; anxieties about apprehension and deportation; difficulties in finding suitable work, lodging and health care after arrival; discrimination; and a hostile political climate. Some of these stressors appear to have worsened in recent years. 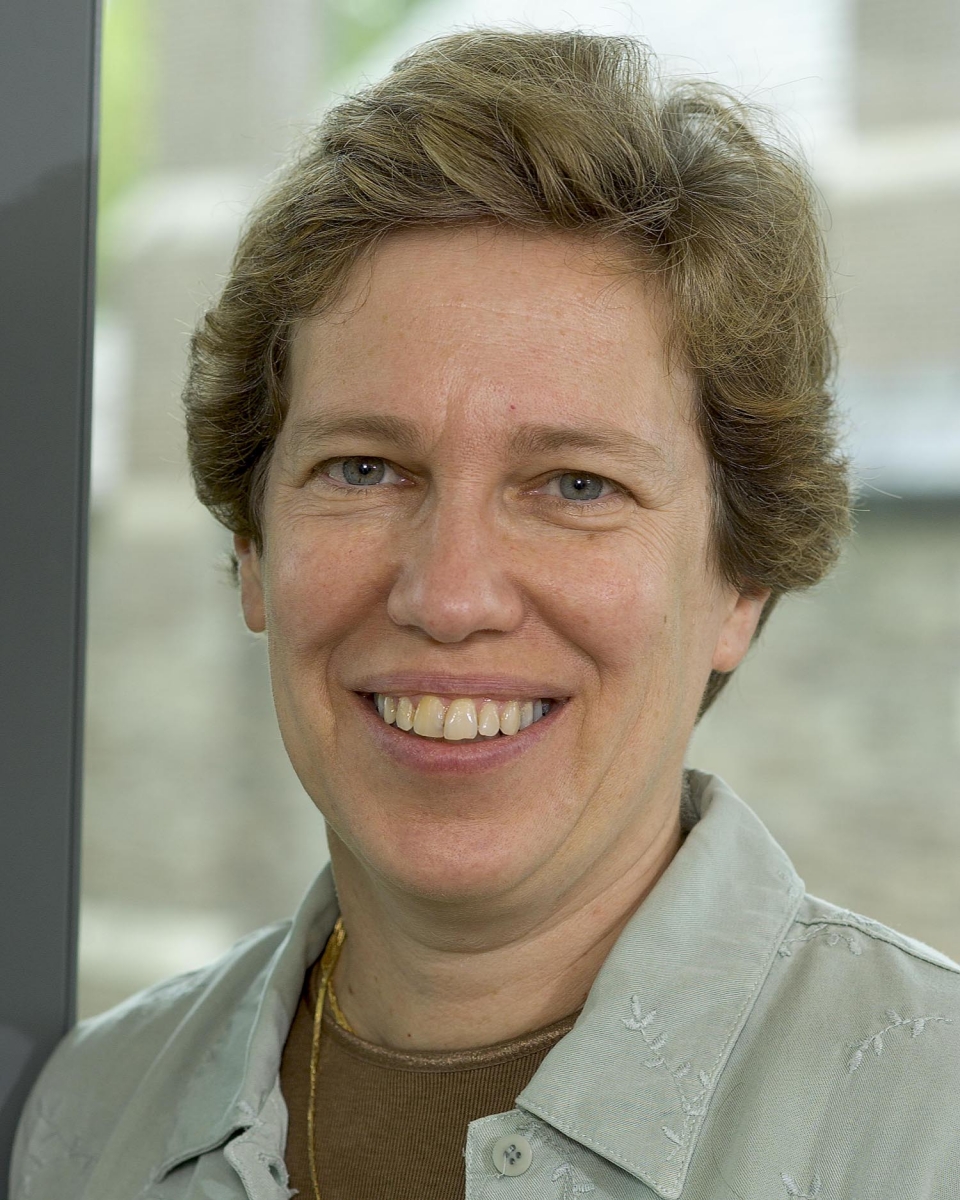 Q. Latinos have long had lower rates of smoking. Could this be hopeful news?

Goldman: This is, indeed, good news. Their lower prevalence of smoking is a major health advantage that Latinos have over whites. The health detriments of smoking are larger than many people realize: a disadvantage in life expectancy of at least 10 years compared with nonsmokers, with smoking accounting for more than one-sixth of all deaths in the United States. Latinos, especially Mexican Americans and particularly Mexican American women, are less likely to smoke cigarettes and they have lower daily cigarette consumption than whites. This is true for adults as well as youth and appears to account for a substantial part of the Latino survival advantage to date (at least half of the advantage in life expectancy at age 50, according to recent studies). Current data indicate that Latinos continue to smoke at lower rates than whites, suggesting a positive impact on Latino survival in the coming decades. Whether this advantage is large enough to counteract the rising rates of obesity and diabetes remains to be seen.

Q. Is the survival advantage declining among Latinos? Or is the health gap between Latinos and other races shrinking?

Goldman: Overall, the survival advantage of Latinos has not declined, but, for the reasons noted above — most notably growing disadvantages of Latinos with respect to obesity and diabetes — I project that the gap will decrease in the coming years, or that the rate of improvement in life expectancy for Latinos will decline. There is some very recent evidence that the gap in life expectancy at age 60 between Latinos and whites is getting smaller, but this is not the case for life expectancy at birth. In the coming years, it will be important to examine whether Latinos are maintaining their advantage over whites primarily because non-Latino whites are experiencing poorer health and survival, a trend which could mask declines in survival among Latinos.

Q. How can policy turn this around or address these findings?

Goldman: In and of itself, the Latino survival advantage might suggest little need for policymakers to concern themselves about Latino health issues. Our research underscores a strong caveat: while Latinos continue to live longer than whites, they face many serious health issues, all of which show signs of worsening in the near future.

The increasing prevalence of obesity, especially among children, and progressively younger ages at onset of Type 2 diabetes have serious implications for adult health and disability. These patterns are likely to have significant impacts on medical spending since obesity and diabetes account for a sizeable fraction of health care costs in the United States. For those without access to health care, increases in obesity and diabetes will lead to unnecessary suffering and threaten the ability of Latino families to support themselves financially. The implementation of universal health coverage in Mexico over the past few years, along with ongoing barriers to health care for Latinos in the United States, may encourage Latinos experiencing poor health to return to Mexico. This exacerbation of the “salmon bias” would likely result in an even higher life expectancy for Latinos remaining in the United States.

Promising strategies for alleviating these impacts include community-based programs addressed at reducing obesity rates. Since obese children are very likely to become obese adults, such programs are most effective when directed at youth. Obesity-reduction programs in Latino communities need to reduce barriers to physical activity and to healthy eating, for example, by increasing the availability of healthy, affordable foods and the development of recreational facilities in Latino neighborhoods. While strategies to prevent illness are generally preferable to those targeted at treatment, improved access to health care for Latinos, including higher rates of insurance coverage, would have a positive impact on their future health.