Phil Weiser, founder of the Silicon Flatirons Center for Law, Technology and Entrepreneurship at the University of Colorado, works hard to “know what’s next” in the world of telecommunications, internet, privacy and policy.

In this Q&A, Weiser describes the inherent challenges embedded within technological advancement. “The policy response to cybersecurity is only beginning to take root and touches on a range of issues from health care records to connected cars” said Weiser, the Hatfield Professor of Law and Telecommunications at the University of Colorado.

Weiser will be a panelist at the Princeton-Fung Global Forum, “Society 3.0+: Can Liberty Survive the Digital Age?” in the session on “Access (Denied) to Information.” 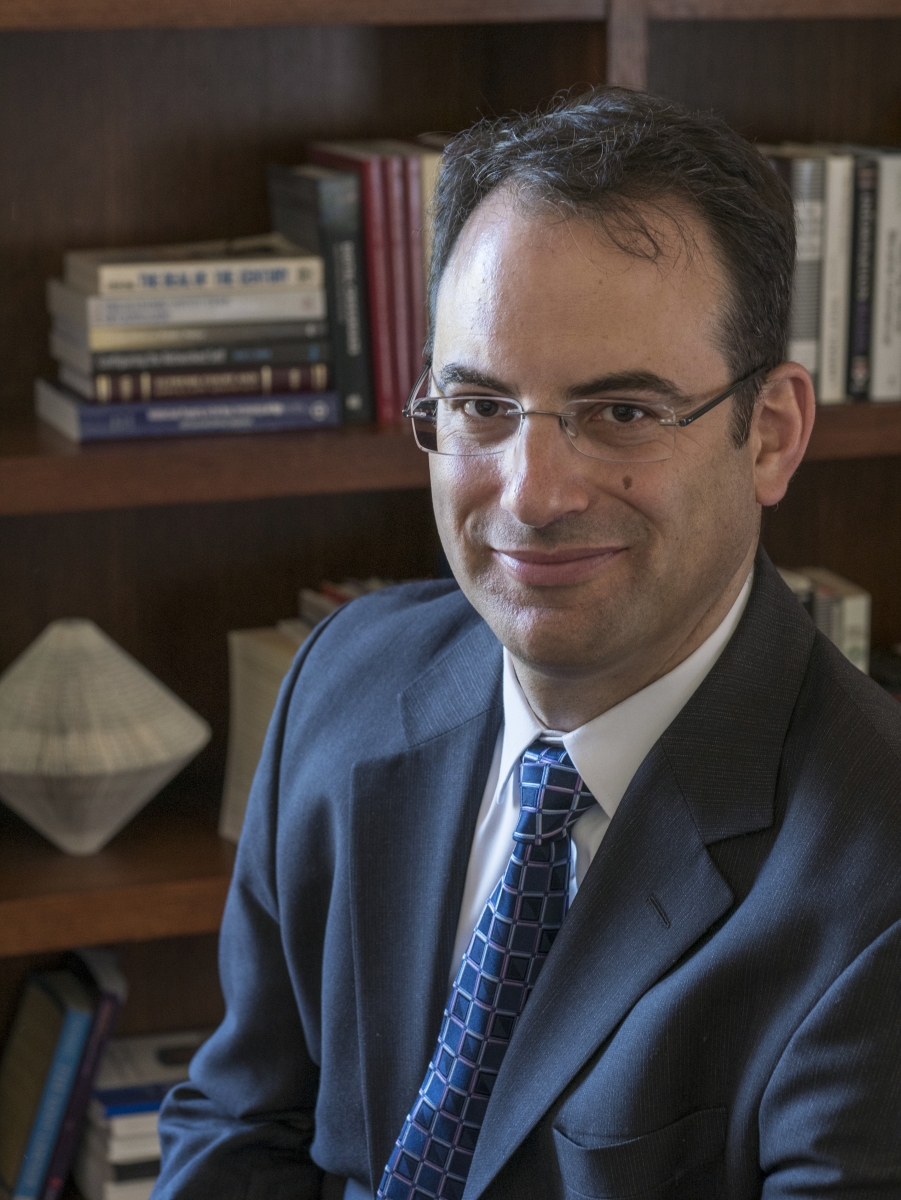 Weiser: Questions around cybersecurity are going to raise increasingly difficult challenges for policymakers. The threats to cybersecurity, and the need for collaboration around preparedness, span a range of industries and are international. Moreover, the vulnerabilities are multifold and will continue to change over time, meaning that you need constant vigilance in this area. With the advent of the Internet of Things (IoT), moreover, it will be possible to activate even more connection points (notably, those used for machine-to-machine communication) to launch attacks, as we recently saw in October’s denial of service attack that brought down a number of websites. In short, the policy response to cybersecurity is only beginning to take root and touches on a range of issues from health care records to connected cars.

Q. You’re the founder of the Silicon Flatirons Center for Law, Technology and Entrepreneurship at the University of Colorado. The center works hard to “know what’s next” and address pressing policy challenges. What current cybersecurity issues is the center studying? And why?

Weiser: We recently focused on the IoT and cybersecurity, issuing a report that captures a recent discussion we hosted on this topic. As noted above, IoT raises some significant policy challenges, with a range of devices being developed for use in transportation, health care and other mission-critical settings. Those who are developing these devices, and those consumers using them, are not always aware of the security risks, raising the possibility that cyberharms could threaten human life, harm people’s health and cause significant economic damage. In the report, we call for greater attention to these issues, highlight the need for policy leadership and coordination and emphasize the value of driving toward better practices to protect against cyberharms.

Q. You’ve spent your career dedicated to telecommunications and law—from your work at the University of Colorado to your role as senior advisor for technology and innovation to the national economic council director at the Office of the White House, among other positions. What drives this?

Weiser: My initial journey began in 1996, when I took a position at the U.S. Department of Justice’s Antitrust Division as the senior counsel to the Assistant Attorney General. In that role, I was asked to lead the division’s work in implementing the Telecommunications Act of 1996, which called for a move from regulated markets to competition. The internet also was just beginning to take off at that time, so it was an exciting time in the industry. From that experience, I have never looked back, working on a range of issues related to technological change, the internet and law and policy. For someone like me, who likes to continue to address challenging and changing issues, this field is a great fit, as new issues continue to emerge as technology changes.

Q. When thinking ahead to the future of telecommunications, the internet, IoT and so forth, what should be most concerning to us—as consumers? What is most concerning nationally?

Weiser: There are a few points that we cannot take for granted. First, as already noted, the issues around security and privacy are taking shape and consumers are going to face risks that are only beginning to become clear. Right now, there is a lot of data being collected and stored, and, if we are not careful, the opportunities for abusing that information — from invasions of privacy to identity theft — will increase. Second, we have witnessed a significant increase in innovation driven by internet-enabled technologies. We cannot take for granted that the ecosystem that enables such innovation — which is premised on the ability to enter new markets, develop products and services and reach consumers quickly — will continue to exist in its current form. This means that nondiscriminatory access to broadband platforms (often called network neutrality), access to unlicensed spectrum (which is used for Wi-Fi) and robust competition policy all have a role to play. Finally, we, as a society, need to worry about how we will train and support new job opportunities in this sector at the same time that traditional opportunities disappear. If, for example, self-driving cars become more common, that will displace lots of workers. Technological change has displaced workers regularly over our nation’s history, but today’s pace of change is accelerating, and it is critical that we be vigilant in supporting the type of educational system — including non-traditional training opportunities like computer coding boot camps — that prepares workers for the jobs of the future.

Q. More globally, how do nations navigate varying internet policies? In 2014, for example, Microsoft refused to give user emails to the U.S. government, since they were stored at a data center in Ireland. They won the appeal, ensuring that citizens’ privacy rights are protected by the rules of their own countries. Going forward, how should scenarios like these be approached?

Weiser: The international issues related to the internet are going to require new forms of international coordination. Cybercrime, for example, is often international and governmental authorities need to develop mechanisms to work with one another. There also will need to continue to be mechanisms to enable compliance with other countries' legal regimes, such as the framework between the United States and the European Union (EU) designed to enable U.S. companies to comply with the EU data protection initiative. It is counterproductive for companies to be subject to inconsistent legal regimes, and thus strategies to harmonize cross-border laws and policies will be more and more important in the years to come.