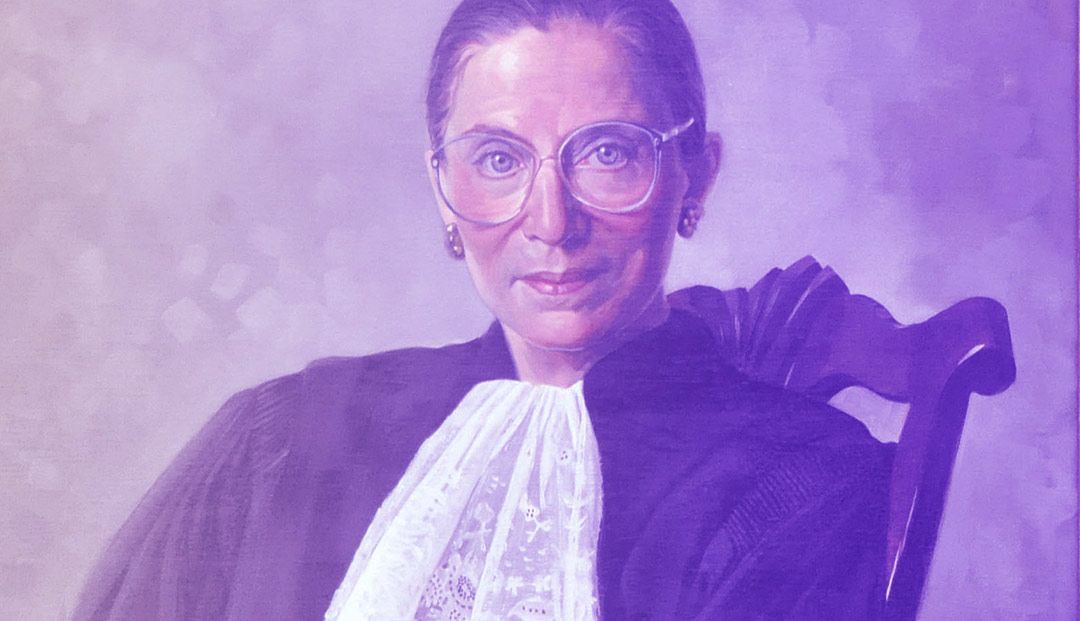 This week, many mourn the loss of Justice Ruth Bader Ginsburg, an advocate and champion for women’s rights, who died at 87 from complications of pancreatic cancer.

In this Q&A, we discuss Ginsburg’s role on the Court, her legacy, and what lies ahead with the Court’s vacant seat with two Princeton University experts.

Charles Cameron is professor of politics and public affairs at the Princeton School of Public and International Affairs. He specializes in the analysis of political institutions, particularly courts and law, the American presidency, and legislatures.

John Kastellec is an associate professor of politics at Princeton. His research and teaching interests are in American political institutions, with a particular focus on judicial politics and the politics of Supreme Court nominations and confirmations.

Q. Ruth Bader Ginsburg passed away after serving nearly 30 years on the Supreme Court. How did she shape the Court?

Cameron and Kastellec: Ginsburg was one of the most brilliant and effective advocacy lawyers of all time. In that sense, she is often compared to Thurgood Marshall — for both, their work before they reached the Court was more influential and consequential on the law than their body of work on the Court. And like Marshall, her greatest impact from her time on the Court came not from particular decisions or doctrines, but simply from presence. She was a solid liberal vote but more importantly an inspiration to millions of women.

Q. Ginsburg had a full career litigating important cases before SCOTUS, later becoming a U.S. Court of Appeals judge before her nomination to the Supreme Court. What legacy does she leave behind?

Cameron and Kastellec: As head of the ACLU’s Women’s Rights Project, she conceived and successfully executed an amazing litigation campaign that transformed the law’s treatment of women. It was a jaw-dropping accomplishment that continues to affect the lives of millions.

Q. President Donald Trump announced he will nominate a replacement to fill Ginsburg’s seat, and it will most likely be a woman. Who is at the top of the list, and how would they influence the make-up of the Court?

Cameron and Kastellec: The press has reported the likely candidates, and we will know the President’s choice before the end of the weekend. It will most likely be a woman, and one whose policy proclivities will be close to the opposite of Ginsburg’s. If confirmed, the nominee will move the Court to a 6-3 conservative majority, the median justice will mostly likely be Justice Brett Kavanaugh, and we predict judicial policy in 6-3 decisions that will fall in the middle of the conservative coalition.

Q. If Trump adds another conservative judge to the Court, it could further fuel his base. It would also likely enrage Democrats, who haven’t forgotten about what happened with Merrick Garland – President Barack Obama’s nominee in 2016. Using history as a guide, how do you think this will impact the presidential and congressional elections? Are there down-ballot implications?

Cameron and Kastellec: President Trump finds himself in a position that political scientists call “gambling for resurrection” – the status quo looks very grim, so try a dramatic game changer. For sure, shifting attention away from 200,000+ dead Americans and massive unemployment has to be an improvement for the President. So, nominate someone really extreme and hope for the best – no Garland this time.

Who knows if this strategy will work or not. For the Senate, it boils down to about a half dozen close races, especially in places like North Carolina, Colorado, Maine, Montana. Polls will start to come in soon, but right now it is really impossible to know how things will break in the key places. We have examined some preliminary data showing that confirmation votes can bring electoral consequences in Senate races. But what those consequences will be this time … no one can yet say.

Q. Has the Supreme Court always been a focus of electoral politics? Are there differences between how voters in each party focus on the Court? How does each party lose or gain by this focus?

Cameron and Kastellec: From time to time in U.S. history, the Court has been a hot presidential campaign issue. In more recent years, Republican party activists and Democratic party activists have viewed the Court in radically different ways. You can see this if you read and code the party platforms.

What you see in the platforms carries straight into how presidents organize the White House to select nominees and who they pick. We have written about this. Broadly speaking, powerful groups in the Republican party demand very specific policy litmus tests, and Republican presidents then deliver the goods. The policy areas are well-known: abortion restrictions, gun rights, repeal the Affordable Care Act. With few exceptions, powerful groups in the Democratic party don’t do this. Rather, they look to the Supreme Court for symbolic, high-visibility diversity appointments. Otherwise, the Democratic party platforms are mostly silent about what they want from the Court. What happens when one party has a laser-focus on judicial policy while the other doesn’t, and the first has a substantial advantage in controlling the Senate – well, you can see the consequences playing out before your eyes.