Can foreign aid promote political and economic stability in nations receiving support? Are there certain underlying conditions that make it easier (or harder) for developing countries to adopt stabilizing reforms?

A new book by Ethan Kapstein, visiting professor at Princeton University’s Woodrow Wilson School of Public and International Affairs, examines these questions, tracing the United States’ use of land reform as a vehicle for producing political stability in pro-Western countries.

By showing where the policy was stabilizing — and where it failed — the book, “Seeds of Stability: Land Reform and U.S. Foreign Policy,” illustrates the importance of the structure of the local political economy. 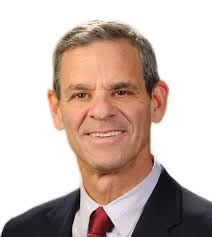 Below, Kapstein, who also serves as associate director of the Empirical Studies of Conflict (ESOC) project, based at Princeton University, answers questions about the book and its implications for policy.

Kapstein: This book was motivated by my work with Professor Jacob Shapiro and colleagues at the Empirical Studies of Conflict project. One question we ask at ESOC is: What is the effectiveness of various U.S. government interventions in developing world conflicts and insurgencies? Do these interventions reduce violence? Across the developing world, many conflicts have had at least some of their roots in disputes over land — who owns it, who has access to it and who profits from it. Since the end of World War II, the United States has promoted land reform, among other economic reforms, as a way of addressing these distributional conflicts. The book is motivated by a desire to understand the conditions under which economic reforms enhance the stability of pro-Western regimes.

Kapstein: First: The big intervening variable between U.S. policies and outcomes on the ground is the structure of the local political economy. In countries where wealth is concentrated in a single asset like land, those who control the land will fight very hard against its distribution. The United States learned this lesson, for example, in South Vietnam, where the country’s wealth was concentrated in rice-growing regions. The Viet Cong drew their support from the peasants who worked those rice paddies and who felt exploited by the landowners. The United States tried to convince the South Vietnamese government to promote a land distribution scheme as part of its counterinsurgency campaign, but by the time one was adopted in 1970, the United States was already engaged in “Vietnamization” of the armed conflict, and of course the war was won by North Vietnam in 1975. The reason why it was so hard for Saigon to engage in land reform is because the nation’s assets were heavily concentrated in rice-growing — there were no other economic outlets for land-owning elites to invest in, like industry. In contrast, when asset holdings were more diffuse, as in postwar Taiwan, and land-owners could be induced to invest more in export-oriented industries (with the United States providing a market for those goods), then land reform came more easily, and with it the risks of peasant rebellion were diminished.

Second: Policy expertise matters. During the Cold War, many U.S. foreign policy officials spent years stationed in countries like the Philippines where they got to know the country and its political and economic elites. That made it easier for officials to understand the “moving parts” in the political-economic system, enabling them to develop appropriate policy interventions with the Philippines government aimed at countering Communist-led insurgencies. These interventions included providing the insurgents with land; reducing military violence against civilians; and addressing corruption.

Third: Policy coherence matters. The United States was most successful when its foreign economic policies — its policies for trade, aid and investment — were aligned, with Taiwan again providing a paradigmatic case. It is much more difficult to forge a successful strategy when these policies work at cross-purposes. In Vietnam, for example (and more recently in Afghanistan), the United States encouraged over-valued exchange rates for local currencies in order to make imports relatively cheap; this was done so that people could keep consuming without feeling the full costs of the wars in which their countries were engaged. By encouraging cheap imports, however, you discourage local entrepreneurs from investing in industry. That’s bad not just from an economic perspective but politically as well, since those entrepreneurs are likely to provide a bulwark for pro-Western regimes.

Kapstein: The most important policy implication is that the United States needs to understand the structure of the local political economy and needs to assess whether there are any “moving parts” in that structure that it can manipulate in the interest of advancing U.S. policy preferences. If not, its interventions are unlikely to prove stabilizing — and may in fact have the opposite effect. I do wonder how much the U.S. government understood about the political-economic structures of Afghanistan and Iraq, and whether it had a theory of how stability could be achieved in those places once the existing leadership was removed. In Syria, for example, it’s interesting to speculate that one reason why President Barack Obama may have stepped back from his initial desire to replace Syrian President Bashar al-Assad was because he simply didn’t see how stability could be achieved there following his removal.