After years of environmental destruction, China has spent billions of dollars on the world's largest reforestation program, converting a combined area nearly the size of New York and Pennsylvania back to forest.

The government-backed effort, known as the Grain-for-Green Program, has transformed 28 million hectares (69.2 million acres) of cropland and barren scrubland back to forest in an effort to prevent erosion and alleviate rural poverty. While researchers around the world have studied the program, little attention has been paid to understanding how the program has affected biodiversity until now.

New research led by Princeton University and published in the journal Nature Communications finds that China's Grain-for-Green Program overwhelmingly plants monoculture forests and therefore falls dramatically short of restoring the biodiversity of China's native forests, which contain many tree species. In its current form, the program fails to benefit, protect and promote biodiversity.

Following a literature review, two years of fieldwork and rigorous economic analyses, the researchers found the vast majority of new forests contain only one tree species. While these monocultures may be a simpler route for China's rural residents — who receive cash and food payments, as well as technical support to reforest land — the single-species approach brings very limited biodiversity benefits, and, in some cases, even harms wildlife.

The researchers conclude that restoring the full complement of native trees that once grew on the land would provide the best outcome for biodiversity. If native forests are unachievable within the current scope of the program, the researchers recommend mixed forests — which contain multiple tree species and more closely resemble natural forests — as a second option. Mixed forests better protect wildlife than monoculture forests, and would not financially burden farmers participating in the program. Both native and mixed forests also help to mitigate climate change. 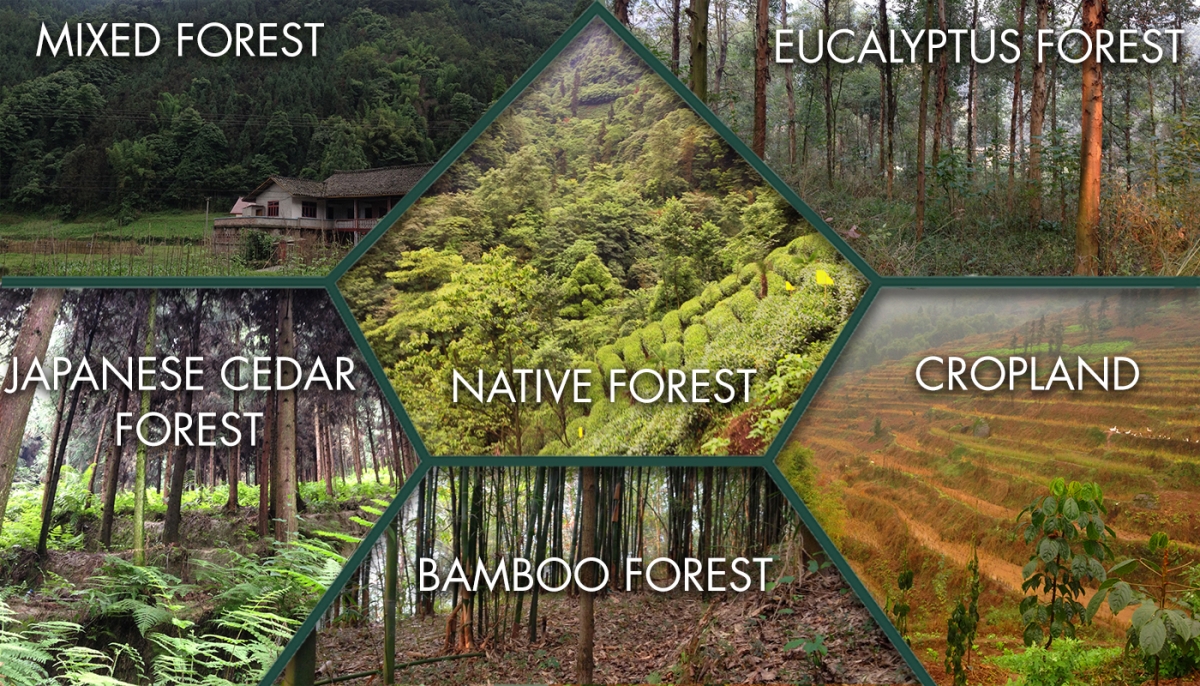 "Around the world, people are leaving rural areas and moving into cities, potentially creating new opportunities to restore forests on abandoned farmland," said co-author David Wilcove, professor of ecology and evolutionary biology and public affairs in Princeton's Woodrow Wilson School of Public and International Affairs and the Princeton Environmental Institute.

"In many places, we're seeing efforts to reforest areas that have once been cleared, and China is the first country to do it on this large of a scale," he said. "The critical policy question is how to restore forests that provide multiple benefits to society, including preventing soil erosion, providing timber and sustaining wildlife. China has an opportunity to do it right and turn these monocultures into mixed or native forests that will be more valuable for wildlife in future years."

"If the Chinese government is willing to expand the scope of the program, restoring native forests is, without doubt, the best approach for biodiversity," said lead author Fangyuan Hua, a postdoctoral research associate in the Program in Science, Technology and Environmental Policy in Princeton's Woodrow Wilson School. "But even within the current scope of the program, our analysis shows there are economically feasible ways to restore forests while also improving biodiversity."

During the Great Leap Forward in the late 1950s, China converted millions of hectares of native forest to cropland. The country's unprotected forests continued to be heavily exploited in the decades that followed, but without an effective conservation system in place. After a series of powerful floods in the late 1990s, China's government launched a series of landmark ecological initiatives aimed at controlling soil erosion, including the Grain-for-Green Program. 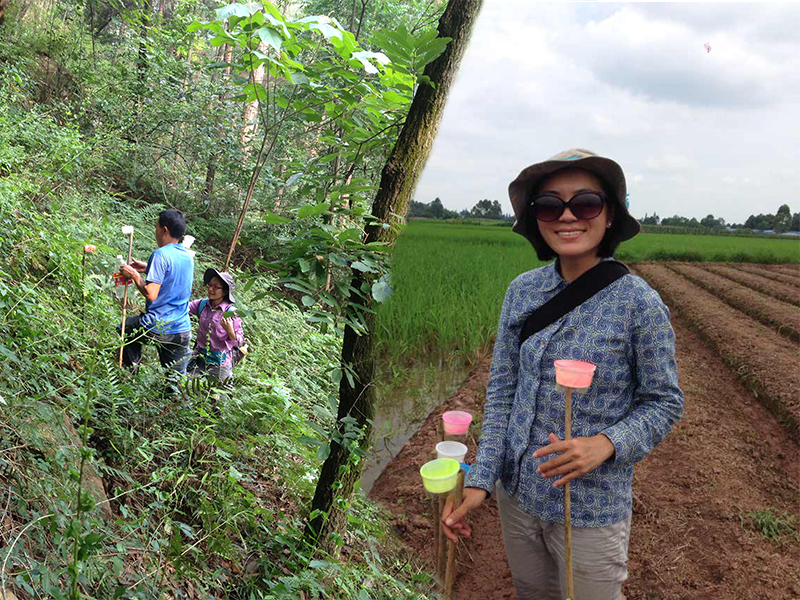 The program is in place in 26 of China's 31 mainland provinces and, while its central goal is to prevent erosion, most of the reestablished forest is now used for the production of timber, fiber, tree fruits and other cash crops. Rural residents are encouraged with cash and food incentives to plant forests, shrubs and grasslands, but there seems to be little consideration for biodiversity in determining what is planted.

The research team — which included scholars from the Chinese Academy of Sciences, Sichuan University, the University of East Anglia in the United Kingdom and the University of Vermont — wanted to investigate how these approaches to planting influenced biodiversity. They examined four specific questions.

The team examined 258 publications, most of which were written in Mandarin, to determine the current tree composition within forests planted by the program. Although the program included a large number of species across China as a whole, they found that the majority of individual forests were planted with only one tree species, such as bamboo, eucalyptus or Japanese cedar. Only three locations actually planted forest native to the area. 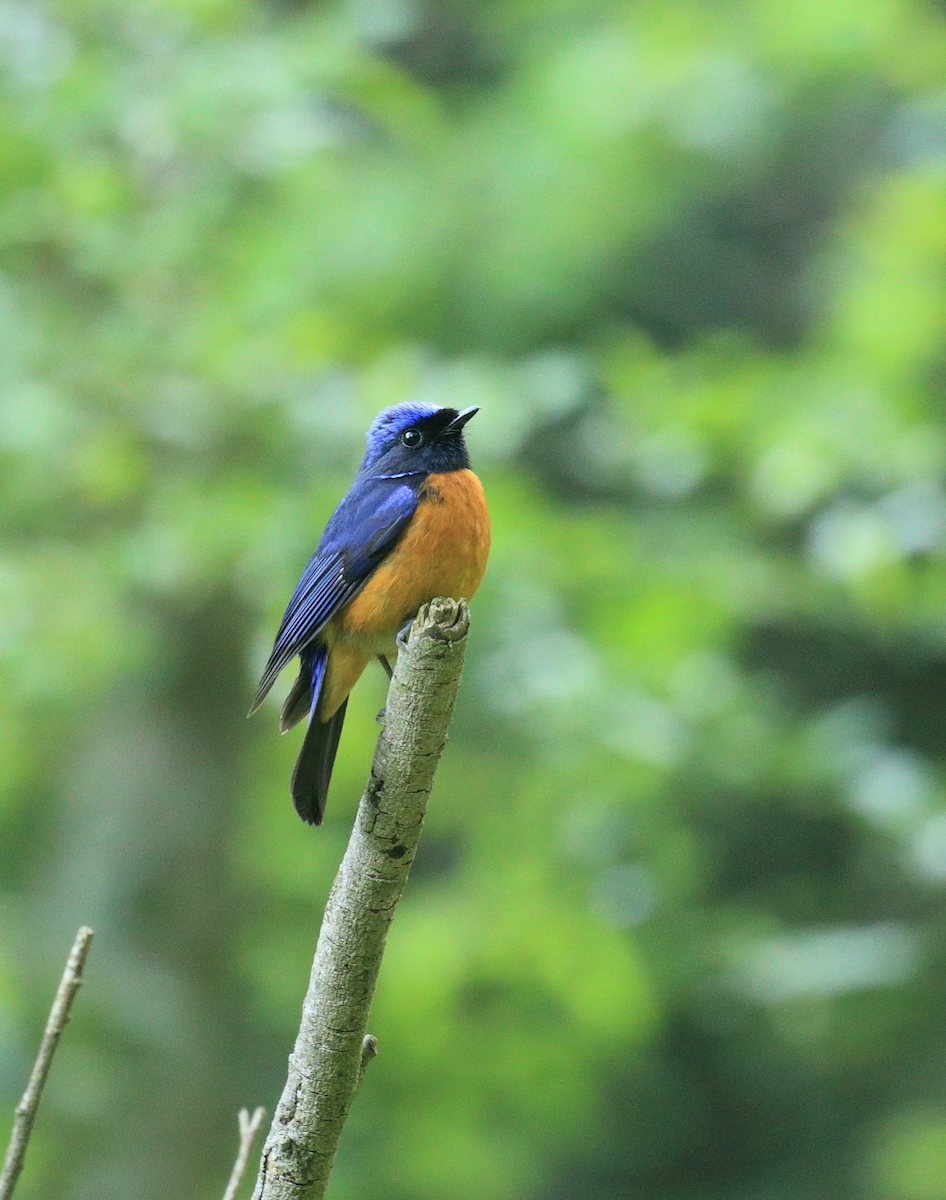 "To our knowledge, this is the first nationwide synthesis of the tree-species composition of forests reestablished under the program," Hua said. "This is essential to understanding the program's biodiversity implications."

Next, the team zeroed in on Sichuan Province in south-central China and conducted fieldwork on bird and bee diversity across all seasons. Birds and bees are good indicators of the overall biodiversity of a particular area, the researchers noted.

"Birds are sensitive to the types of trees, the overall age of the forest and the insects within the forest, and bees depend more on resources like pollen or nectar from the understory. Together, these two taxa provide a well-rounded picture of biodiversity within a forest," Hua said.

Birds were surveyed using point counts. This measurement entails counting the birds seen and heard from a grid of points placed in the forests and cropland that are separated by certain distances. The bee species were collected and identified using DNA barcoding. All fieldwork was conducted across different types of land including monocultures, mixed forests, cropland and native forest.

The researchers found that reforesting land with monocultures resulted in more harm than good for birds. In regions with monocultures, there were fewer bird species, and birds tended to be less abundant. Mixed forests, however, harbored more bird species and similar overall numbers of birds compared with cropland. The bees suffered from reforestation regardless, which was likely caused by the lack of floral resources in replanted forests. Overall, the best environment for birds and bees is native forest, the researchers found, as opposed to the forests reestablished under the Green-for-Grain Program.

"Together, our findings point to the enormous potential of biodiversity benefits that China's Grain-for-Green Program has yet to realize," Hua said.

In the final part of the study, the researchers conducted economic analyses in order to understand the economic impacts of reforestation. They interviewed 166 households and asked what percentage of household income came from forest production. The researchers also calculated the average annual cost of — and income from — forest production per hectare across different types of forests. 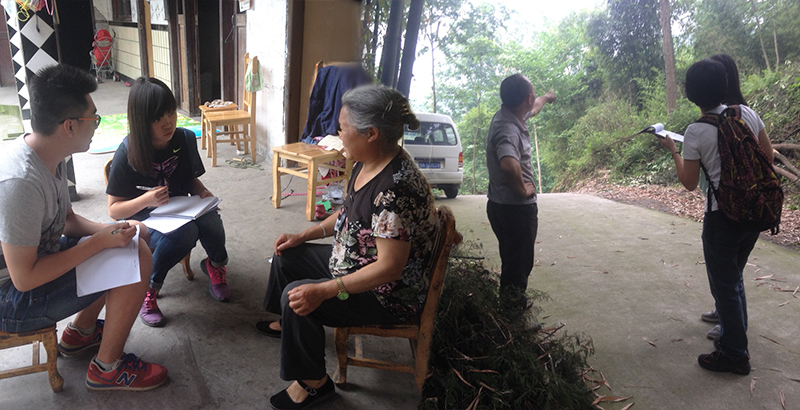 The median and mean percentages of annual household income contributed by forest production were 5 percent and 12.8 percent, respectively. The net annual profits were not that high, hovering around $400 per hectare (roughly $160 per acre). In terms of profit, mixed forests yielded gains similar to those derived from monocultures. Therefore, switching to a mixed forest, which would improve biodiversity, is unlikely to pose economic risks to households, the researchers concluded.

"The work done by Fangyuan and her team is an enormous task," Wilcove said. "These data are crucial. Restoring forests is a tremendously positive thing to do for the world, but you can get a lot more bang for the buck in terms of benefits to society if you know how to do it right based on sound biological and economic data. Fangyuan's work provides this type of keen analysis."

The paper, "Opportunities for biodiversity gains under the world's largest reforestation program," was published online Sept. 6 in Nature Communications. The study was supported by the High Meadows Foundation.