For this year’s simulation, “Clash in the Caucuses,” participants were divided into teams representing the civilian and military leadership of Armenia Azerbaijan, Iran, Russia and Turkey. They were tasked with working together to advance their nation’s interests as a fictitious scenario unfolded before them. 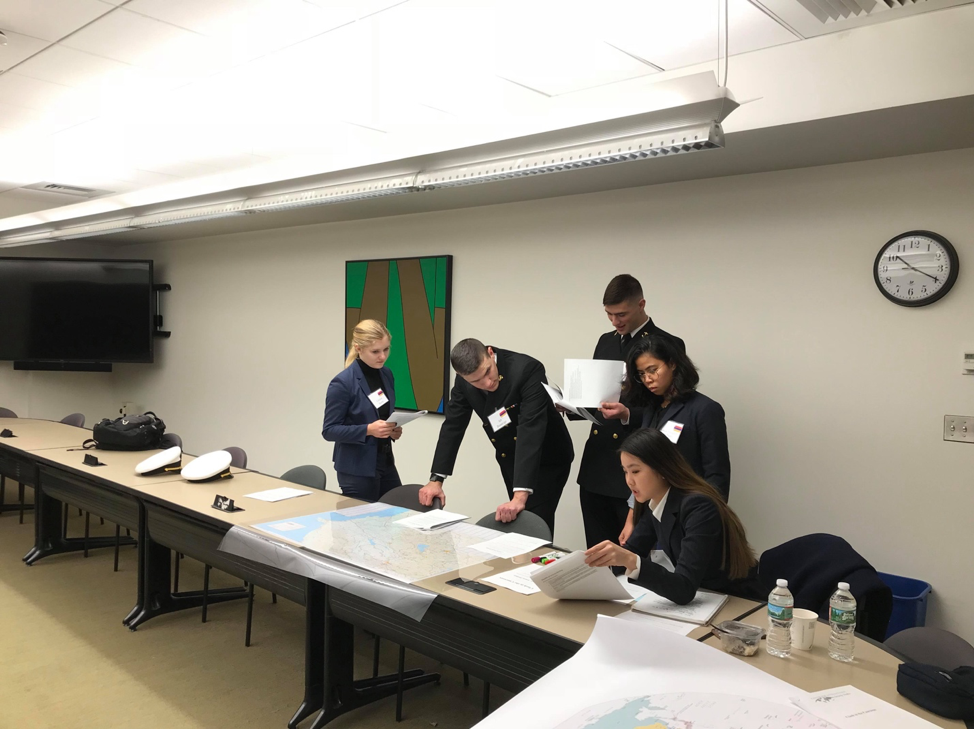 This year’s simulation was triggered by a series of events, including Azerbaijani military exercises in the breakaway region of Nagorno-Karabakh, an attack on Israeli businessmen in the Azerbaijan capital of Bak, and an assassination attempt against a national leader in the region. Led by Cory Isaacs, a second-year Ph.D. candidate focused on security studies at the Woodrow Wilson School and a veteran of the war in Afghanistan, the simulation attempted to replicate the real-life challenges of uncertain geopolitical situations.

One of the key goals of the simulation, according to Isaacs, was to recreate conditions in which decision-makers “don't have all the information and time they need to make decisions, and when others are making similarly difficult decisions that interact with and relate to theirs.” The organizers accomplished this by separating the civilian and military leadership of each nation, only allowing them to interact in public places where they could be overheard by other nations; rapidly changing the scenario; and moving briskly through rounds so that participants were continually adjusting their strategies as a result of decisions being made across various teams.

Based on similar simulations regularly held by government agencies and militaries around the world, one of the unique aspects of the CISS simulation is the diverse types of participants it pulls together. This includes mid-career students from the Master in Public Policy program, who have significant experience working in national security sectors, to first-year undergraduates getting their first taste of the “life in the field.” It also includes future military officers at U.S. service academies and in the Reserve Officers' Training Corps to aspiring diplomats at Princeton.

Princeton junior Chris Russo, a frequent participant who this year was an organizer, said the interactions among diverse participants are what initially drew him to the simulations and what keeps him coming back. 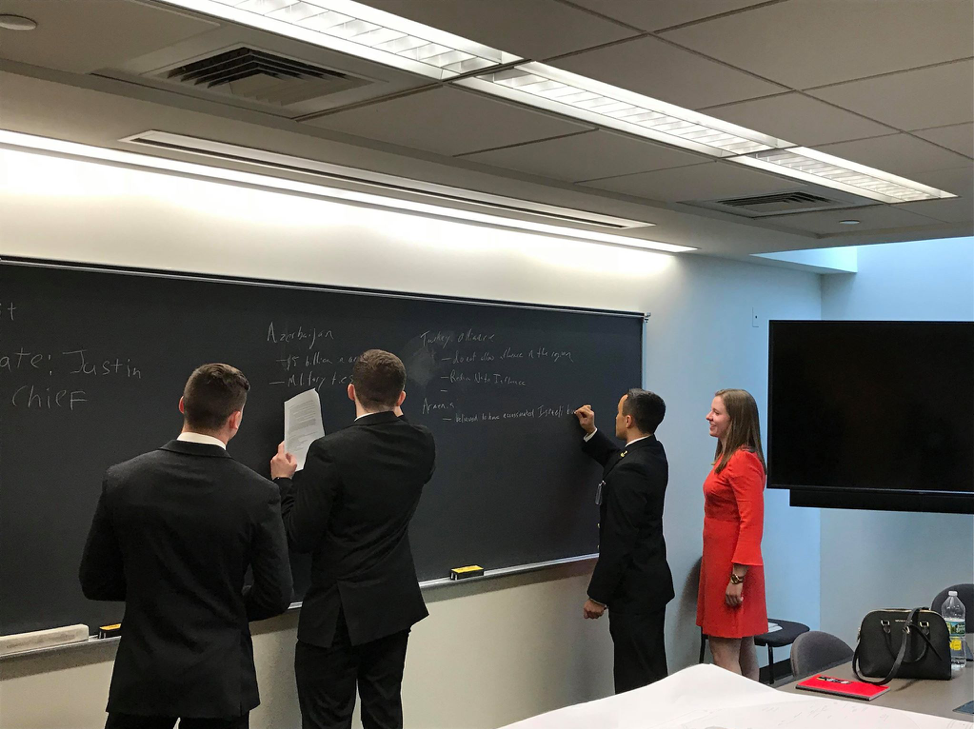 “The CISS fall simulation is always a really fun and dynamic event that I think captures some key features of real-world crisis environments, communication challenges between actors and fast-paced negotiation and decision-making under time pressure and with limited information. As an organizer, it’s always interesting to see how people with different backgrounds, from Naval cadets to Woodrow Wilson School undergraduates, behave differently during the simulation,” Russo said.

Lt. Col. Peter Gilbert, a visiting U.S. Army War College Fellow at the Woodrow Wilson School who served as the advisor for the Armenia military team, pushed his team to consider the real-world implications of the orders they issued.

“Our team learned the importance of exhausting all other available diplomatic, political and economic options prior to sending soldiers into harm’s way. [Aspiring civilian and military leaders] must be aware of long-term social and economic implications of conflict,” Gilbert said. “Early exposure to these types of crisis-action simulation exercises in academia are increasingly important to prepare future military leaders and policy makers to confront complex, complicated and sometimes ill-defined global issues.”