Miguel Díaz-Canel was named president of Cuba, marking a historic shift in power. This is the first time in nearly six decades a Castro isn’t leading the country.

A quieter politician, Díaz-Canel has served as Cuba’s first vice president since 2013. Díaz-Canel succeeds Raul Castro, who is expected to remain head of the Communist Party. 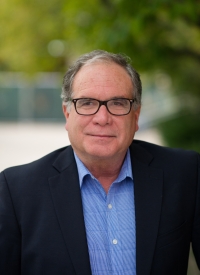 Katz is a lecturer with the rank of professor of public and international affairs and director of the Center for Arts and Cultural Policy Studies.

Q. Little seems to be known about Cuba’s new president, Miguel Díaz-Canel, which some say is by design. What do we know? And what can we expect from him?

Centeno and Katz: Very few know anything about him, other than the standard CV. Several things are significant:

Q. This marks a historic shift in power, as Díaz-Canel is the first Cuban president in six decades who isn’t a Castro. Does this represent a symbolic change for Cuba?

Centeno and Katz: It’s the final institutionalization of the Revolution — no longer reliant on even the borrowed charisma of the Castro name. This is a victory for a conservative wing that wants to keep the machinery of government running. The fact that he is not known to be an advocate for one policy or another is in itself significant. Again, this is about mainlining the status quo. 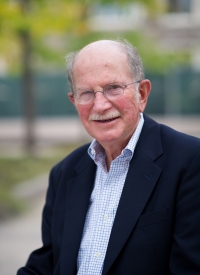 Q. With Díaz-Canel in power, does this change anything regarding Cuban-U.S. relations? Some wonder if it could increase business between the two countries. What do you think?

Centeno and Katz: Decisions about U.S.-Cuban relations are asymmetrical; it’s the United States that will decide what to do. I cannot imagine a scenario where the Cuban government would not want a greater opening with the United States. But the rhetoric coming from people like John Bolton, who will become national security advisor later this month, also offers a chance to use the United States as a bogeyman (as has happened for almost 60 years) and, through that, keep a lid on changes and expectations.

Katz: The international situation has turned against Cuba given the changes in U.S. policy under President Donald Trump and the destabilization of the Venezuelan economy (though the Russians have begun to resume economic support through exports of oil). It is a grim situation in Cuba.

Q. Do you think Díaz-Canel can resolve Cuba’s economic issues? What are his biggest challenges?

Centeno: No single person (not even Warren Buffet) can fix Cuba’s economic problems at this point. The markets for just about everything Cuba has to offer are not favorable to sellers right now. After 30 years of special periods, the population is exhausted and, perhaps most importantly, feeling somewhat hopeless. The biggest issue for the new government to manage is a classic one: how much political and social order do you sacrifice for the sake of economic dynamism?

Katz: I suppose what most people do not know is that the Communist Party of Cuba cannot get their minds around market reform. They want to be a little bit pregnant when it comes to capitalism, and thus the Raul Castro reforms have been too little, too late. It’s not likely that Díaz-Canel can do much to change that situation.