Unable to reach a deal, Senate leaders let three provisions of the Patriot Act expire on May 31. Two days later, the Senate voted to pass the USA Freedom Act, a substitute bill passed by the House of Representatives, on a 67-to-32 vote.

Now, once signed by President Barack Obama, the new Act will put an official end to the government's bulk collection of photo records (known as Section 215).

We discussed this provision of the Patriot Act with Barton Gellman '82, an award-winning journalist and visiting lecturer at Princeton University's Woodrow Wilson School of Public and International Affairs. Gellman was part of the team of journalists who broke the story about Edward Snowden's National Security Agency (NSA) disclosures, which Gellman discusses as part of this WWS Reacts piece. 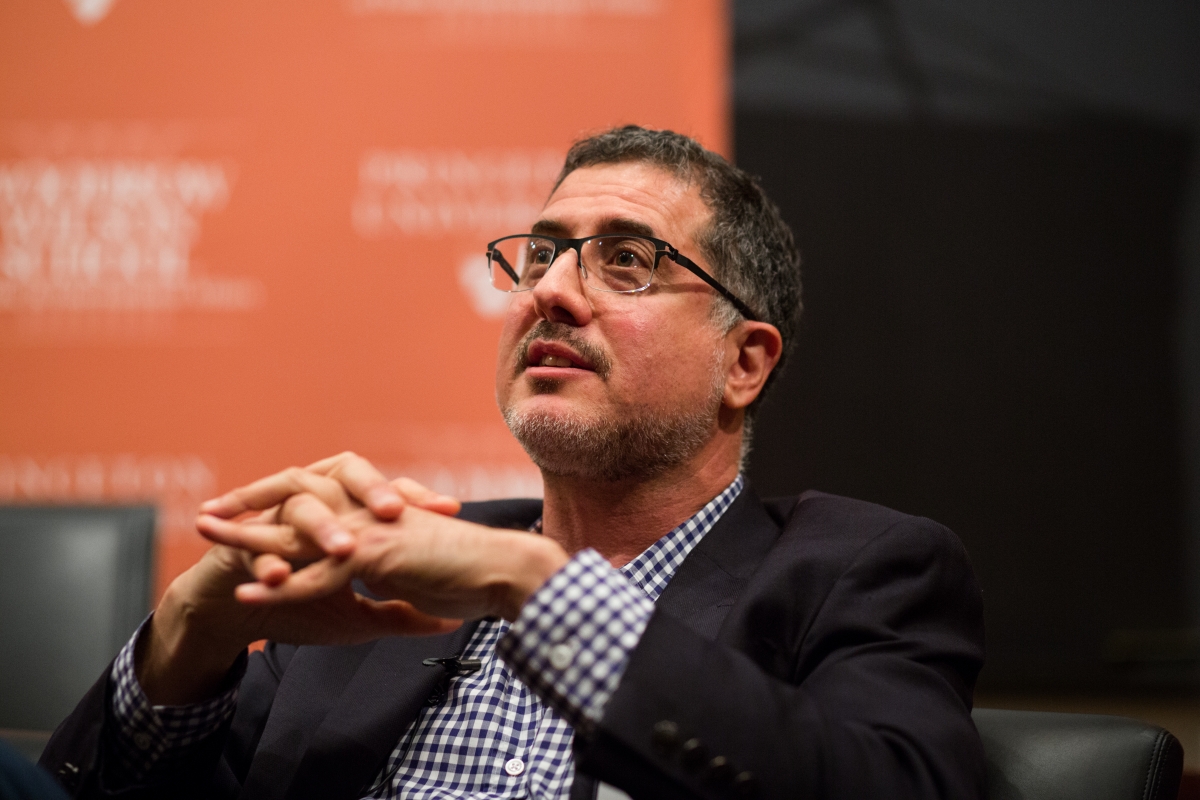 Q. Can you explain Section 215 of the Patriot Act?

Gellman: Section 215 allows the government to obtain “business records,” including “any tangible thing,” with a secret warrant from the Foreign Intelligence Surveillance Court. What distinguishes this from other kinds of warrants is that whoever receives the request – typically a third party such as a telephone company – is forbidden in perpetuity to disclose its existence. The target is never supposed to learn that his or her data has been collected, even after the fact. The provision was controversial when initially passed in the Patriot Act, which is why Congress set a sunset to ensure periodic debate. What we learned from Edward Snowden, former contractor of the NSA, is that the government secretly interpreted Section 215 in an extraordinary broad way, unbeknownst to the public and most members of Congress.

The NSA and Federal Bureau of Investigation collected records of substantially every telephone call to, from or within the U.S., even though there were no grounds to believe the vast majority involved anything suspicious. Section 215 said the Foreign Intelligence Surveillance Act of 1978 (FISA) warrants were limited to information “relevant to” an authorized investigation. The government persuaded the FISA court that every single telephone call record – by everyone in the U.S. – was relevant to counter-terrorism because the database might enable analysts to discover previously unknown conspirators. Since Snowden disclosed the program, that “bulk collection” became the subject of lawsuits in ordinary federal courts. For the first time, the government’s position was subject to challenge by opposing lawyers. The U.S. Court of Appeals recently held that the bulk telephone records collection is unlawful.

Q. What are the benefits and risks associated with letting Section 215 expire?

Gellman: Letting 215 expire has the virtue of starting a fresh debate about the boundaries of domestic surveillance. How far are we willing to impinge on our privacy in hope of greater security? Some of the provisions that expired have wider support than others. Few disagree that the government should be able to obtain some specific records, with good enough reason, under an authority that resembles 215. A majority now appear to oppose the use of that authority to vacuum up vast data sets about Americans for whom there is no suspicion of wrongdoing or relevance to foreign intelligence.

Q. Snowden's disclosures have really shined a light on Section 215. Can you remind us what Snowden did exactly, and what he was charged with?

Gellman: Edward Snowden reached out to three journalists, including me, in 2013. After a lot of back and forth he gave us archives of highly classified documents on NSA surveillance – in the U.S. and around the world. The Washington Post and the Guardian published the first stories in early June of that year.

Snowden opened up a global debate that many intelligence officials, and President Barack Obama, have since described as overdue. The government also has charged him with theft of government property and unlawful disclosure of classified secrets under the Espionage Act. Those were placeholder charges, in order to request his extradition. It is likely he would face many more counts if apprehended.

Q. When presented with highly classified documents, how do you – as a journalist -balance the public's right to know information with national security issues?

Gellman: It's a very hard set of questions. If something is classified, I take that as a yellow light, not a red light. I consult with the government, in order to understand the national security stakes, but I also make an independent judgment on the importance of the information to a self-governing democracy. Fundamental choices in policy and law have to be accountable to the public. I am more likely to disclose those than secret operations overseas, although the decisions are highly case specific. I gave a pair of lectures about how I think about this at Princeton more than ten years ago.