A law passed by the Hungarian parliament last week gave the government the right to declare a state of migration emergency to cope with the tens of thousands of refugees crossing the border.

We discussed the new law with Scheppele, whose work focuses on the intersection of constitutional and international law, particularly in constitutional systems under stress. Scheppele has studied the emergence of constitutional law in Hungary since 1989 and has also resided in the country for extended periods. She also wrote a longer piece on this state of emergency for Politico. 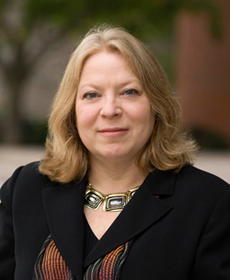 Q. The Hungarian goverment declared a state of migration emergency. What does this mean? Will this take a more violent turn?

Scheppele: The government is sealing the borders already. In a week, the police and military will receive new legal powers to use rubber bullets, tear gas, dogs and nets against refugees crossing the borders. But I'm hearing reports from the border at Röszke that armed soldiers have already been deployed, so this may well turn violent sooner rather than later. The government has clearly decided to use force against the refugees if they persist in trying to enter Hungary and will use the criminal law against the refugees if they manage to get in.

Q. What will happen to the 40,000 migrants heading toward Hungary?

Scheppele: They will face a sealed border between Serbia and Hungary, at least according to the government's plan, which includes threatening to arrest all those who manage to get in anyway. Once people are arrested, they will be held in camps until their asylum applications or criminal trials run their course. Both the asylum applications and criminal trials are designed to be speedy and result in expulsion. For example, there will be no lawyers or translation services provided to the refugees so they will have no chance to make their case in either forum.

Q. The new law has created a number of crimes. What are some of these?

Scheppele: As of this week, it is now a crime to cross the border without a proper visa, to damage state property (the border fence or the detention camps, for example) and to interfere with the attempts to seal the border. If a refugee is caught inside Hungary, she can be detained until she is expelled by a kangaroo court procedure that will start Tuesday.

The government of Hungary has also recently beefed up the anti-trafficking laws to criminalize the activities of many of the volunteers assisting the refugees, with sentences ranging up to 10 years in prison for being part of a "criminal conspiracy" to assist people to illegally cross borders.

Q. How is this law — and this crisis in general — affecting Hungary? And the European Union?

Scheppele: The refugee crisis has shown the limits to solidarity in Europe. Hungary is the most extreme case because it is using state force to stop the flow of refugees, but Hungarian Prime Minister Viktor Orbán has tapped a raw nerve in Europe by claiming that the refugees will destroy "Christian Europe" and by asserting that no one from outside Europe has the right to live there. Orban has organized the Visegrád countries (the Czech Republic, Hungary, Poland and Slovakia) to oppose the European Commission's plan to distribute the refugees around the EU and will continue to be a thorn in the side of EU President Jean-Claude Juncker and other EU officials for the duration of the crisis.

The refugee crisis also reveals that Europe has “half built” its open borders policy the way that it “half built” the Euro. We all know now that the Euro crisis resulted from having a common currency without a common fiscal policy or banking union, and now we can see that free movement within the Schengen zone without a common immigration or asylum policy is also a crisis-prone structure. With so many crises hitting the EU at the same time, it is unclear if Europe can build up its various component pieces to withstand the stress of global shocks.

Within Hungary, Orbán’s tough stand on the refugees is playing well. Since he started taking tough measures against the refugees, his fall in the polls has been halted, and he has been able to fend off an increasingly strong challenge from the far-right party Jobbik. Orbán gets this support because his government has been claiming that there are ISIS terrorists among the refugees, that the refugees carry diseases (which is why you see Hungarian police and soldiers wearing masks when they interact with the refugees) and that the refugees are really just economic migrants, seeking to take jobs away from Hungarians. That propaganda – all over state T.V. – has turned public opinion against the refugees. Thus, Orbán’s stance on the refugee issue is only a political plus for him, even as it helps to destroy European unity in the face of a humanitarian crisis.