President Donald Trump welcomed Egyptian President Abdel Fattah el-Sisi to the White House on Monday, confirming that Egypt would find a “great friend and ally in the United States.” The meeting signals a shift in U.S.-Egyptian relations following years of tension between the two countries.

Q. President Donald Trump recently pledged support for Egypt and its president, Abdel Fattah el-Sisi. What’s your reaction to this? 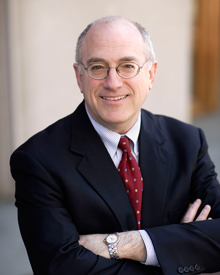 Kurtzer: Egypt has been an important U.S. ally since the late 1970s and, in that respect, it is positive for the two presidents to reaffirm the strategic relationship that has proved to be mutually beneficial for so many years. That said, the meeting between the presidents reportedly did not focus on several issues of significance for traditional U.S. interests. For example, they did not discuss Egypt’s abysmal human rights record and the harsh crackdown against Islamists and liberal civil society activists that has been underway since Sisi came to power. The United States and Egypt have managed to deal productively with each other in the past —  notwithstanding deep concerns about human rights — and thus one hopes this issue will return to the bilateral agenda.

Q. Experts say that President Sisi wants President Trump to reinstate a military financing deal, which was suspended under President Barack Obama in 2015. Can you tell us more about that deal?

Kurtzer: For many years, Egypt benefited from a special provision that permitted it to enter into long-term contracts for large expenditures, even though the formal appropriation process for foreign military financing did not yet cover the full price of the items to be acquired. Therefore, for example, Egypt could contract for aircraft or tanks whose financing would only be provided over a number of years, assuming congressional support. The Obama administration suspended this provision so that Egypt must now plan its acquisitions based on what has been appropriated and not based on the expectation of future appropriations.

Q. What does President Trump hope to get out of a renewed relationship? And how might the allegiance both help and hurt the United States?

Kurtzer: President Trump sees at least three strategic benefits in renewing and perhaps deepening ties with Egypt: first, maintaining the military-military relations that have been beneficial to U.S. military activities in the region; second, cementing anti-terrorism cooperation, especially in view of the challenges Egypt faces in the insurgency underway in the Sinai; and third, engaging Egypt’s active assistance in promoting Israeli-Palestinian peace. All three of these interests will benefit the United States.

Q. Does this sudden turn toward support for Egypt signal a shift in terms of foreign policy?

Kurtzer: Rather than seeing this as a sudden shift in foreign policy, it might best be seen as a reorientation of longstanding ties and a serious “reset” of our bilateral relations. The main opposition to Trump’s policy vis-à-vis Egypt has come from those concerned about Egypt’s human rights abuses and Sisi’s increasing authoritarianism. This opposition will not abate in the future, even as the strategic underpinning of the bilateral relations shores up.