The plan would curb significant portions of the net neutrality rules established in 2015, formally known as the Open Internet Order. These policies forbid governments and corporations from controlling internet access and also legally reclassified broadband as a public utility (like electricity, water or sewage) — something Pai says stifles investment and innovation.

The FCC is currently seeking comment on whether current net neutrality rules should remain in effect; it will be voted on May 18.

We discussed the nuances of the plan with Nick Feamster, professor of computer science at Princeton University and deputy director of the Center for Information Technology Policy. 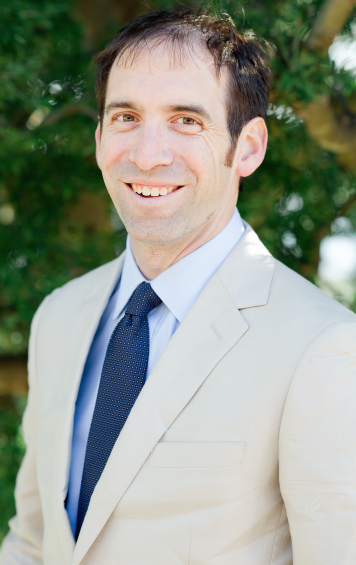 Q. Last week, the chairman of the Federal Communications Commission outlined a plan to reduce government oversight over high-speed internet service providers. What’s your general reaction to the plan?

Feamster: Much of the press about this proposed repeal of internet regulations has referred to the effort as a “rollback of net neutrality” and posited that a free and open internet is at risk as a result of the proposed changes in the rules. The situation is in fact a bit more nuanced.

The Open Internet Order really has two aspects: (1) the “bright-line” rules that internet service providers (ISPs) agree to follow, which include no blocking, no throttling (a measure that regulates network traffic and minimizes bandwidth congestion) and no paid prioritization; and (2) the classification of ISPs under Title II of the Communications Act of 1934 as telecommunications providers/common carriers/public utilities as opposed to information service providers like Google and Facebook.

The first part of the Open Internet Order is widely held by both consumers and ISPs as a positive aspect. I think the prospect of those rules going away is something we should pay close attention to. Note that in last week’s notice of proposed rulemaking (NPRM), the FCC seeks comment on whether the bright-line rules should remain in effect. Now is the time for us, as citizens and consumers, to file comment on them. While I don’t speak for the ISPs, my sense is that many ISPs also believe the bright-line rules to be acceptable rules of the road.

The second part — the classification of ISPs as Title II (so-called “common carriers”) — is a lot more contentious. When the Open Internet Order reclassified ISPs under Title II, a number of side effects occurred. One was that the ISPs could no longer be regulated by the Federal Trade Commission (FTC), because the FTC is prohibited by federal law from regulating common carrier services.

In essence, the FCC removed the authority of the FTC from regulating ISPs. This is a point of contention because other service providers — including Google, Facebook, Amazon and pretty much any other service provider that is not an ISP is regulated by the FTC. Title II effectively places ISPs under a different regulatory regime than other these other internet services. The argument is that placing the ISPs under a different set of rules essentially creates an “uneven playing field” between the ISPs and other online service providers. Where you fall on this argument depends a little bit on how you feel about whether ISPs should be allowed to compete with the likes of Google, Facebook and others in the advertising market.

In light of the convergence that we’re seeing, I think there is some merit to this argument. Google is, in some sense, an advertiser, a content provider and (with Google Fiber) an ISP. Similarly, Comcast is an ISP and (with NBC Universal) a content provider. The lines are increasingly blurry, and it probably makes some sense to rethink the regulatory regimes that each of these providers is subject to. Boxing them in according to one type of service provider or another reflects an old and outdated view of the internet.

In short, I think we should ensure that the bright line rules are preserved, and we should use the comment period on the rulemaking as an opportunity to have a reasoned discussion about how we think all types of service providers on the internet should be regulated.

In my opinion, a reconsideration of Title II would not be a bad thing. With the current approach, we have different agencies regulating companies under different rules, when those companies are essentially competing. That certainly doesn’t make sense, and it may even result in suboptimal technical and architectural decisions for the internet, whereby a company makes a certain decision so that it falls under a more favorable regulatory regime.

We should use this opportunity to have the right discussions about the nature of competition on the internet, and the appropriate rules of the road for all of these service providers, both ISPs and other online service providers.

Feamster: I think the ISPs’ goal is to return to the FTC oversight, both as far as privacy and in terms of regulation in general. Historically, the FTC has taken a much lighter touch to regulation than the FCC, both with respect to privacy and otherwise. The ISPs (accurately) view that regime as more favorable for them, and it is my sense that they would prefer to be regulated by the FTC. It would appear, based on the notice of proposed rulemaking, that the current FCC chairman agrees, and comments I heard from the acting FTC chair also seems to indicate that she agrees with this viewpoint.

As far as competition, I think the answers are elusive. Ironically, classification under Title II gives the FCC the authority to “unbundle the local loop,” meaning that competing ISPs would be able to lease the infrastructure that the incumbent ISP uses to connect each home to the internet (the so-called “last mile”). Some of us may remember the time when we could choose among many Digital Subscriber Line (DSL) providers for our ISP. That dynamic was the effect of a so-called “unbundled local loop,” whereby ISPs could lease the underlying physical infrastructure from the incumbent ISP (typically, the telephone company), inherently lowering the barrier to competition for last-mile internet access.

Today, this might mean allowing another ISP to lease (say) Comcast or Verizon’s infrastructure. For whatever reason, the FCC has not used its authority to unbundle the local loop; my understanding of this from talking to various parties is that such a move would be dead on arrival from the ISP perspective — there would simply be too much resistance to such a move. Ironically, reversing the Title II classification actually removes this authority, so there wouldn’t be any possibility of local loop unbundling; yet, I think we weren’t likely to see that anyway.

In summary, I think the effects on competition are hard to predict, but it is likely the landscape will not change very much. I think that would be the case independent of this rulemaking. Ultimately, competition in the last mile may require some significant technological shakeup, for example in wireless.

Q. What are the benefits and risks of ISPs no longer being treated like a public utility? It seems as if this leaves the industry to enforce itself. Is that possible?

Feamster: At least with regards to privacy, I think right now we’re in a little bit of regulatory limbo. On the one hand, the FTC does not have regulatory authority over the ISPs because they are still classified as Title II; yet, the recent legislation to reverse the privacy rules under the Congressional Review Act removes the FCC’s authority with respect to ISPs and privacy. In some sense, the removal of the threat of regulation is something we might be concerned about; without even the threat of regulation, some ISPs may decide to act differently than they might have when they could have otherwise faced action from the FCC or the FTC.

Self-regulation, on the other hand, is not always a bad thing. Usually, we would rely on a regulatory agency to intervene in cases of market failure, where the market has failed to put the appropriate back-pressure on stakeholders in the industry. And, given the lack of competition in last-mile internet access, we might have some cause for concern because the market might not automatically lead to good behavior. For example, because many Americans don’t have access to multiple broadband internet access providers, it is impossible for them to switch broadband ISPs when they don’t like the practices of their current ISP.

Interestingly, however, we are currently seeing the industry on its best behavior. Comcast recently published a statement promising that they would not sell its subscribers’ browsing history to third parties. It also recently posted several encouraging blog posts about support for the open internet. Given the regulatory limbo we are in, I think we’re likely to see ISPs on their best behavior. We can hope that in the long run this good behavior continues, but I think it’s something we should keep our eye on.

We should remember, though, that not regulating ISPs as a public utility does not necessarily remove the threat of all regulation. Other online service providers such as Google are still regulated by the FTC. I think the ISP industry is more interested in getting out from under the perceived heavy-handed FCC regulation than they are in being self-regulated. As I understand it, their perspective is that everyone should be subject to the same “rules of the road.”

Q. What are the ways in which the FCC chairman and ISPs are in agreement? And in disagreement?

Feamster: I think the ISPs and the FCC chairman are likely in strong agreement on the proposed rulemaking (particularly on the rollback of Title II), which is part of why consumers and the media are a bit alarmed. In general, ISPs are not popular among consumers, and consumers may see the situation a bit as the fox guarding the hen-house. Compound that with the fact that ISPs are well-funded and consumer advocates are not, and there is a perception that the “ISPs versus consumers” tussle is not fair.

Essentially, while the net neutrality debate is often framed as ISPs versus consumers, we shouldn’t forget that other dyads are at play. As internet users, we should be wary of tunnel vision concerning the regulation, and remember that ISPs, content providers, and other online service providers are increasingly becoming more and more difficult to distinguish.

As far as the bright-line rules, as I said, I think even the ISPs view these rules as a positive. In light of where the rules are headed, I think it is important to look for points of agreement, and use this opportunity to have constructive discussions about the nature of competition and regulation that will best foster the future of the internet.