On June 26, 2015, the U.S. Supreme Court ruled that gay marriage is a legal right across the country, a historic moment in the court's 226-year history.

The 5-4 vote means the 14 states banning same-sex marriage can no longer enforce these bans. Justice Anthony Kennedy was the central swing vote in the case and wrote the majority opinion. 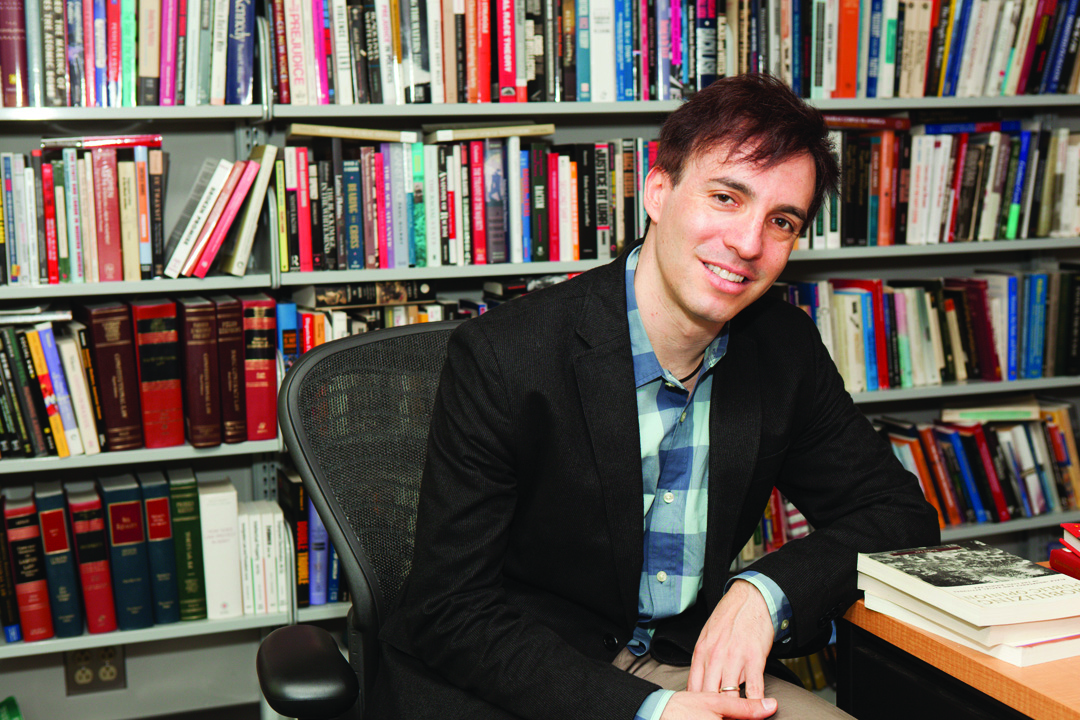 We discussed the decision with Paul Frymer, associate professor of politics and, as of July 1, 2015, director of Princeton University's Program in Law and Public Affairs, based at the Woodrow Wilson School of Public and International Affairs. Frymer studies American politics, institutions, law and American political development.

Q. The Supreme Court ruled that, under the 14th Amendment, all states must recognize same-sex couples and allow same-sex unions. But the 14th Amendment does not directly address sexual orientation or the right to marry. How and why did SCOTUS use this Amendment in their ruling?

Frymer: Most directly, the due process clause of the 14th Amendment has been interpreted to recognize certain fundamental rights, of which marriage (since Loving v. Virginia) is one. With regards to the equal protection clause, same-sex couples have the same rights as opposite-sex couples. Marriage rights have traditionally been addressed through both of these clauses of the 14th Amendment, so this was, in many ways, quite straight forward.

Frymer: More or less. Justice Anthony Kennedy was the question mark, but he’s sided with gay rights in previous cases, and it was widely expected he’d be the fifth judge for the majority. If there’s any surprise, perhaps it’s Justice Roberts – I thought he might join the majority given how historic the case was.

Q. For the 14 states previously opposed to gay marriage, what steps must they take now? Might we see any backlash?

Frymer: We are already getting some hints of backlash from a couple of governors. I’m guessing we’ll see more. South Carolina has taken two big hits to its culture of state independence this week, and we may well see a reaction. That said, gay marriage has been gaining more and more popularity seemingly with every month that goes by. Still, if past historic decisions like Brown v. Board of Education or Roe v. Wade are a guide, there will be substantial backlash and it could take years to fully manifest.

Q. How might this decision bring forth the longstanding tension between religious rights and the law?

Frymer: Religious groups can continue to make their own decisions, but they just have to be independent of government regulations towards marriage. The intersection of public and religious/private, of course, remains blurry and will no doubt continue to be litigated.

Q. How long has this decision been in the making? What's next?

Frymer: The decision has been in the making at least three decades, if you go back to the Bowers v. Hardwick decision, which came down so negatively against gay rights. And it’s been a steady drumbeat since Romer v. Evans of the early 1990s when Justice Kennedy sided with the majority on behalf of LGBT rights. Of course, the gay rights movement dates back at least until the 1970s, and movement activists deserve the credit in putting this on the agenda and sustaining it.

· We may see more backlash from the southern states.

· We also might see a turn to the question of other discriminatory behaviors currently accepted against LGBT communities, most notably with regards to the workplace. This decision was not as broad as it could have been with regards to protecting gay rights; it focused primarily around the issue of marriage and left other areas of discrimination (such as the workplace) unspecified.

· We'll also see a lot of marriages that were long overdue.