WWS Reacts: Will the Paris Climate Agreement be a 'Turning Point' for the World?

Dec 17 2015
By B. Rose Huber
Topics Climate Change, Environment, Energy Science, Technology, Innovation
Department Program on Science, Technology, and Environmental Policy
Source Woodrow Wilson School
Share
On Dec. 12, the 2015 United Nations Climate Change Conference in Paris ended with the first climate change agreement in which the representatives of all 195 nations have agreed to reduce greenhouse gas emissions. The deal comes after more than 20 years of deliberation following the 1992 UN Framework Convention on Climate Change (UNFCCC) treaty, which set goals and procedures for signatory nations to contain and reduce carbon emissions.
We discussed the agreement with two Princeton University researchers who attended the Paris climate talks: Michael Oppenheimer, the Albert G. Milbank Professor of Geosciences and International Affairs and director of the Program in Science, Technology and Environmental Policy; and Denise Mauzerall, professor of civil and environmental engineering and public and international affairs.
Q. What makes this agreement historic? 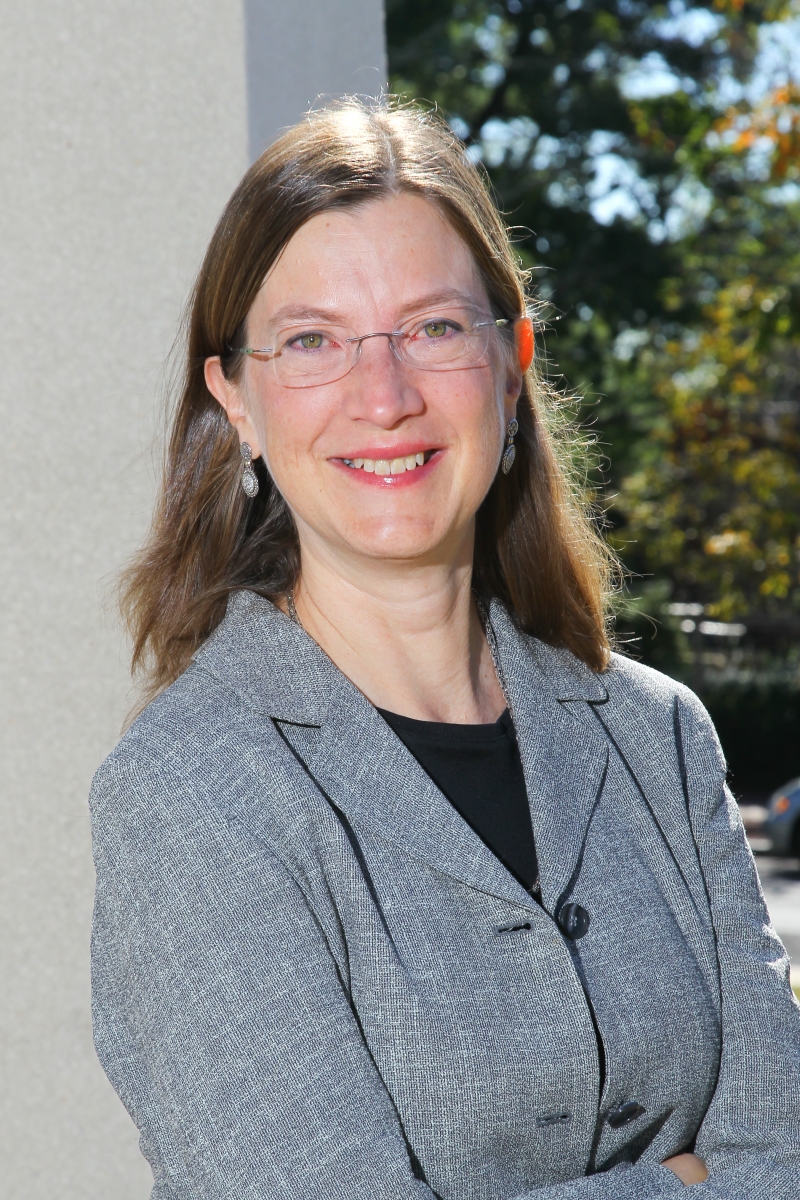 Mauzerall: This is the first time virtually all countries of the world have agreed to limit their future emissions of greenhouse gases. These emissions have been increasing rapidly in developing countries in recent years. This agreement took a different approach than has been tried in the past and asked individual countries to submit their own greenhouse gas-mitigation plans rather than trying to impose them as part of the agreement. It also is the first time that developing countries have agreed to limit their future emissions.
Oppenheimer: The most important difference between this agreement and previous ones, like the Kyoto Protocol — which is a [1997] international treaty committed to reducing greenhouse gas emissions — is that all countries assume a responsibility for submitting plans indicating how they will reduce emissions of greenhouse gases.
Previously, developing countries such as China, the world's biggest emitter, had moved into middle-income status and were under no such obligation. The recent agreement is a major accomplishment given that in the past restraining global warming hasn't been a top priority for many countries that are more concerned about development, which is generally based on fossil-fuel combustion. This is a key development that changes the entire landscape of the issue.
Another key aspect is the mandate to submit these plans for review every five years. These plans must be based on an assessment of progress toward attaining the objectives of each nation's plan as well as toward meeting the overall goal of avoiding a 1.5 to 2.0 degrees Celsius warming, which is the long-term objective of the agreement. 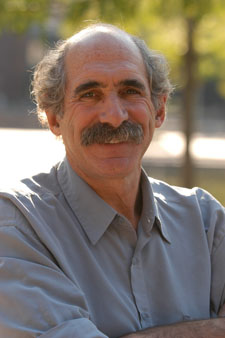 Q. At a 2009 meeting in Copenhagen, a climate deal seemed politically infeasible as countries failed to come to a resolution. How long has this deal been in the making, and why did it happen now?
Oppenheimer: The concept that all countries should submit plans to the UN Framework Convention on Climate Change (i.e., to all 196 parties) that show how much they will cut emissions was an outcome of Copenhagen, but there was no concomitant arrangement for assessing those plans, no need to provide details of how the plans would be implemented and no mandate to ratchet up commitments over time. Three things have changed since: many new studies have linked current extreme climate events and disasters to the buildup of greenhouse gases; strong action was taken by the administration of President Barack Obama to cut the United States' emissions via U.S. Environmental Protection Agency regulations; and the United States and China agreed in November 2014 to specific bilateral emissions reductions goals. Since these countries are the world's two largest emitters and since another large entity — the European Union — had already implemented big reductions and was committed to more, these actions changed the entire geopolitical framing in advance of the Paris conference. Finally, a price revolution in the energy sector, wherein renewables and natural gas are becoming cheaper and beginning to drive out coal in many places, has made attaining the objective of reducing CO2 emissions much easier, at least temporarily.
Mauzerall: Virtually all countries of the world now recognize the threat that uncontrolled climate change will bring to their countries. This is a new development. Some countries will be affected far more than others, with small island nations seeing a warming of over 1.5 degrees Celsius as an existential threat as they are likely to be submerged by sea-level rise and storm surges. However, even those countries that are less directly impacted are concerned about their coastal cities and the negative consequences of increased droughts, floods and heat waves. Increased migration from developing countries that are strongly impacted by climate change, such as the Middle East and Africa, can have a destabilizing effect on neighboring countries and potentially farther afield. Recognition of these issues led to a sentiment at the meeting to strive for an ambitious agreement.
Q. How will the deal help cut emissions and by how much?
Oppenheimer: The first step of implementing the national plans submitted at Paris, if done fully and maintained over time, would reduce warming in this century to about 3.5 degrees Celsius above preindustrial levels as opposed to about 5.5 degrees if no action were taken. Since 1.5 to 2 degrees Celsius is now the target (based on current understanding of climate risk), this is a significant bite out of the problem but needs to be followed by stronger measures beyond the 2025 to 2030 endpoint of these plans.
Mauzerall: Development of a monitoring, verification and reporting system will be needed to track how well these commitments are executed. A key part of the agreement is to revisit the national commitments every five years with the goal of strengthening them. In order to achieve a global average temperature increase of 1.5 to 2 degrees Celsius, as targeted in the agreement, essentially a full de-carbonization of the global energy system will be necessary by around mid-century.
Q. Broadly speaking, what does this climate deal mean for the world?
Oppenheimer: It means that most governments of large-emitter countries, rather than just a few, appear to give the climate problem a high priority. They are very troubled by the prospect of unrestrained warming. But that doesn't mean they will necessarily do what they say they will do, and this will need to be watched carefully. At this point, the agreement contains no enforcement provisions. It is not clear how many countries will feel compelled to meet their obligations without the threat of serious penalties, such as trade sanctions, if they do not. With only a "name and shame" mechanism available as recourse for parties to chastise non-complying nations, history suggests that compliance is likely to be below the commitment level. And the details of the so-called transparency mechanisms that would require emissions data to be monitored, reported and independently verified have yet to be determined. Still, the agreement is a major and certainly necessary step in the right direction.
Q. Do you think the deal represents a fundamental shift away from coal, oil and gas as primary energy sources?
Oppenheimer: If countries actually implement the plans they have laid down, then there will be a gradual shift away from coal, except perhaps in emerging economies such as India's. For oil, the outcome is uncertain while the use of natural gas could continue to increase in the near term due to its low price and relatively low carbon content. But as I noted above, we appear to be in the midst of a renewable-energy revolution as prices continue to tumble and technology advances. No one knows how far or how fast this will go. But it is likely that the Paris agreement will accelerate this trend.
Q. The deal carries some legal force but doesn't require approval by the U.S. Congress. Do you think Congress would've rejected the deal? How is this approach an advantage?
Mauzerall: Although nearly all governments of the world appear to recognize the threat that climate change poses, the Republican Party, which currently controls the U.S. Senate, does not acknowledge the threat. Thus, a key aspect of the negotiations was to develop an agreement that would not require ratification of the Senate, as it was clear that ratification would be impossible.
Oppenheimer: The Obama Administration wisely decided to negotiate a subtreaty agreement, which does not require ratification. The tradeoff is that some language is weaker than it would be if it were a treaty. Since there was zero chance of ratification anytime in the foreseeable future, this was the only sensible choice.