As incarceration rates have increased in the United States, so has the likelihood that children will endure the imprisonment of a parent — especially among the most disadvantaged populations. But how does the imprisonment of parents and other household members influence a child or adolescent’s future?

A Princeton University study finds youth who are between ages 10 and 14 when a household member goes to prison are at a 41 percent greater risk for giving birth to their first child before marriage. This risk is especially pronounced when the father or an extended household member who is not a parent — such as a cousin, aunt, uncle or friend — is imprisoned.

The findings, published in the academic journal Children and Youth Services Review, highlight the need for interventions for youth, especially those ages 10 to 14, who experience the incarceration of a household member.

“We need to intervene, and we should focus not just when parents are incarcerated but when other household members are, as well,” said Aaron Gottlieb, author and Ph.D. candidate in Princeton’s Department of Sociology and Office of Population Research, which is based at the Woodrow Wilson School of Public and International Affairs. “This particular study shows strong associations but does not explain the why. To better understand this connection, we should be looking further into the economic strain, stigma and reduced social control that incarceration can produce.” 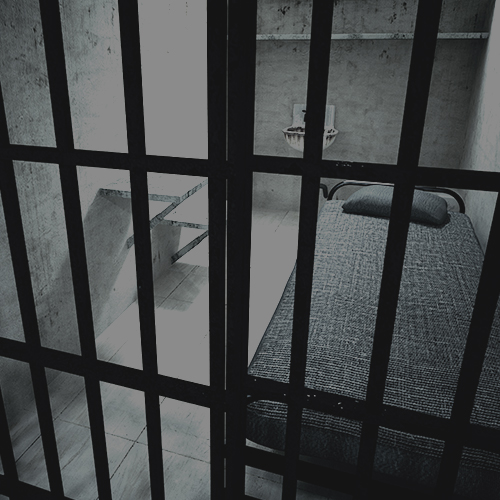 Given the role parents play in a child’s development, past studies have mostly focused on the consequences of parental imprisonment on young children. What is less understood, however, is how the imprisonment of parents and other household members influence a youth’s long-term future.

This is what led Gottlieb to examine whether there was an association between childbearing outside of marriage and the imprisonment of a primary household member — mother, father and siblings — and others who live in the same household, such as cousins, aunts, uncles and friends.

Gottlieb used the measure of premarital birth because it is known to have negative long-term effects related to health, economic prosperity and the likelihood of getting married. Also, today, more than 40 percent of all U.S. births occur outside marriage — an all-time high — compared with 5 percent in 1960.

Working under the mentorship of Sara McLanahan, the William S. Tod Professor of Sociology and Public Affairs at the Wilson School and director of the Bendheim-Thoman Center for Research on Child Wellbeing at Princeton, Gottlieb examined data from the National Longitudinal Surveys of Youth, a set of surveys collected by the U.S. Bureau of Labor Statistics.

He primarily sifted through data from the National Longitudinal Survey of Youth 1979 (NLSY79), a survey of 12,600 men and women born in the years 1957-64. This is a nationally representative longitudinal survey which follows respondents over time and collects detailed information about family, work and education levels.

He also incorporated statistics from the NLSY79 Children and Young Adults, a survey of the biological children of women from the NLSY79. While this survey is not nationally representative, it captures those most at risk of incarceration and includes detailed information on non-marital childbearing and incarceration.

Gottlieb’s final sample size included 6,027 people from the NLSY79 Children and Young Adults study who fit the criteria for his study. Of those individuals, 51 percent were male and 49 percent were female. Forty-four percent were white, 35 percent were black and 22 percent were Hispanic.

In his first set of analyses, Gottlieb wanted to determine whether there was a connection between any household member being imprisoned during early adolescence and the birth of a first child before marriage. His results show that youth between ages 10 and 14 who had experienced the incarceration of a household member were 77 percent more likely to have their first baby before marriage.

But this analysis did not include any control variables so the initial findings were limited, Gottlieb said. For example, children who experience a household member going to prison are also more likely to have mothers with less education and to live in lower-income households, which both have long-term consequences for youth and are predictors of non-marital childbearing.

Once he adjusted for these and other maternal factors — like a mother’s drug use (beyond marijuana), her criminal violations, whether she had a baby as a teenager and her self-esteem levels — Gottlieb found that children who experienced the incarceration of any household member were still 41 percent more likely to have a premarital first birth.

To get an even clearer picture, Gottlieb then looked at each type of household member who was incarcerated. After including all control variables, he found significant associations only for paternal and extended household member incarceration. While Gottlieb did not find statistical connections between youth and incarcerated mothers and siblings, he cautions that it’s still important to study these populations further.

“Even though I don’t find effects for mothers and siblings, it’s important to point out that we need more scholarship on those populations with larger samples of incarcerated siblings and mothers before drawing conclusions that their incarceration doesn’t matter.”

In terms of policy, the findings could better help to determine which populations to target for interventions. They can also inform future research.

“Early adolescence is a formative time, and most past studies have focused on the influence imprisonment has on children – not teenagers or young adults,” Gottlieb said. “Stress, like that caused by the imprisonment of a household member, can lead teenagers to engage in risky behaviors that have long-term health and economic consequences.”

“The high costs of incarceration extend well beyond the individual who is imprisoned to his children and grandchildren,” McLanahan said. “This research is especially timely insofar as there is now bipartisan support for reducing high rates of incarceration.”

“This study, along with the scholarship of others, suggests that policymakers should consider the negative consequences of familial incarceration for children and teenagers as they think about enacting criminal justice reform,” Gottlieb said.

The paper, “Household incarceration in early adolescence and risk of premarital first birth,” is part of Gottlieb’s Ph.D. thesis. The study is supported by the Eunice Kennedy Shriver National Institute of Child Health and Human Development through grants P2CHD047879 and T32HD007163.