Pregnant women in Latin American countries were more likely to seek an abortion after receiving health alerts about Zika virus, according to a study co-authored by Princeton University researchers and published in the New England Journal of Medicine.

The researchers analyzed data from Women on Web — an online portal that pairs patients with doctors able to prescribe abortion pills — and found that many Latin American women using the site reported Zika as their reason for seeking an abortion. The mosquito-borne virus is associated with microcephaly, a congenital condition that causes babies to be born with abnormally small heads.

The researchers found a particular uptick in Women on Web abortion requests in countries that issued health advisories about Zika, but also legally restrict abortions. Because abortions are illegal or highly restricted across much of Latin America, many pregnant women seek outside options like Women on Web, which serves women who are less than 10 weeks along in their pregnancy and have no severe illnesses.

The findings highlight the need for Latin American women to have access to safe and legal reproductive options, especially as Zika continues to spread, the researchers said.

"Therefore, we must ensure that all reproductive choices are safe, legal and accessible," Trussell said. "To do otherwise would be irresponsible public health practice and unjust policy."

"A countrywide policy that is impossible to follow if you are pregnant or cannot avoid pregnancy is an unusual and important public issue," said lead author Abigail Aiken, a postdoctoral research associate at Princeton's Office of Population Research, which is based at the Wilson School. 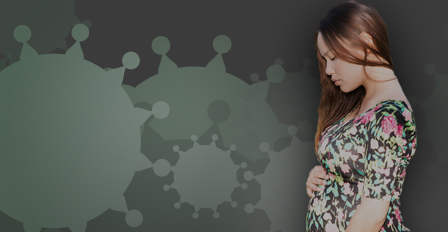 As Zika began to emerge as an epidemic in Latin America, research and media attention quickly focused on the possible effects of Zika on reproduction. Yet, little attention was paid to how the virus would impact women specifically.

In November 2015, the Pan American Health Organization (PAHO) issued an epidemiological alert highlighting the risks of Zika. As more governments and health organizations began to respond, the researchers — which also included co-authors James Scott from The University of Texas at Austin, Rebecca Gomperts and Marc Worrell from Women on Web, and Catherine Aiken from the University of Cambridge — became interested in investigating the effects these health alerts had on women.

The researchers organized the data by self-reported country of origin and then divided the women into three groups. The researchers defined Latin America as South and Central America and the Caribbean.

Group A comprised women who had received the advisory and were living in countries with Zika, but with legally restricted access to abortion. Group B was made up of women in countries where Zika cases hadn't yet been reported and no advisories were distributed but had legal restrictions on abortion in place. Group C contained women in countries with Zika outbreaks and legally restricted access to abortion, but with governments that had not issued public health alerts.

Finally, the researchers studied a control group of countries where a rise in abortion requests was unexpected: Chile, Poland and Uruguay. This group allowed them to ensure that the requests were actually related to the Zika virus and not just a global rise in demand for Women on Web services. All women in Latin America were asked specifically if they were seeking an abortion because of the virus.

"These groupings allowed us to examine the effects of government responses to Zika and requests for abortion as well as whether abortion requests occurred even in countries with no active transmission," Aiken said. "It's entirely possible, for example, that women in these countries might still have been worried about the possibility of Zika even though no active transmission had yet been confirmed."

"Brazil was 'ground zero' for Zika in Latin America, which may explain the significant increase," Aiken said. "Cases of microcephaly had already been identified there at the time of this study, and so women had been concerned about the risks and had been exposed to a lot of media coverage."

For Group B, only small increases in requests for abortion were found in Argentina and Peru. In Peru, officials had sparked concern about Zika by asking local governments to declare a state of emergency, the researchers said. No statistical increases were found for Group C.

"We cannot definitely attribute the rapid acceleration in requests in the first group to worries about Zika, but many women reported Zika as their reason for seeking abortions, so there is definitely a strong correlation," Aiken said. "Our study provides a window on how Zika has affected the lives of pregnant women in Latin America."

The paper, "Requests for Abortion in Latin America Related to Concern about Zika Virus Exposure," was first published online June 22 in the New England Journal of Medicine.