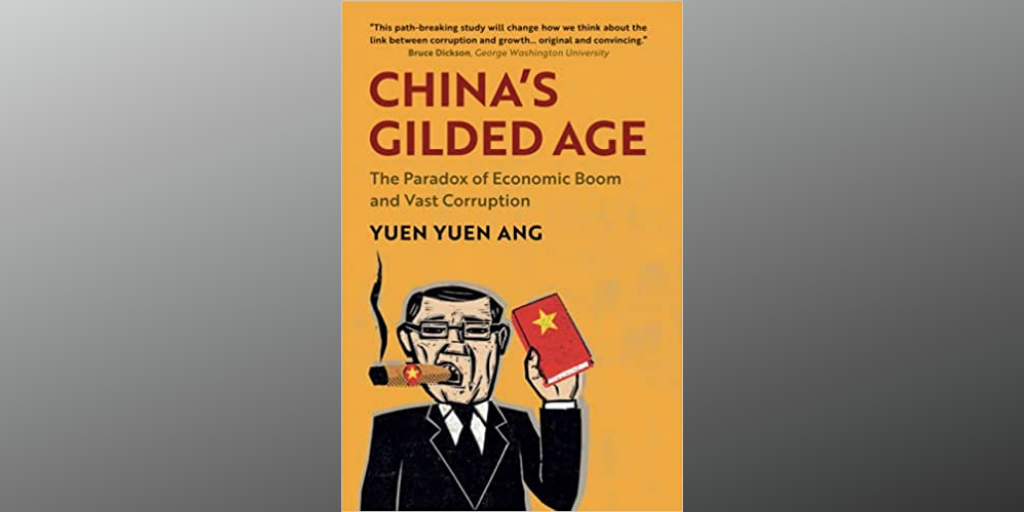 Why has China grown so fast for so long despite vast corruption? In her new book, China’s Gilded Age: The Paradox of Economic Boom and Vast Corruption (2020), Yuen Yuen Ang argues that not all types of corruption hurt growth, nor do they cause the same kind of harm. Ang unbundles corruption into four varieties: petty theft, grand theft, speed money, and access money. While the first three types impede growth, access money, or elite exchange of power and profit, cuts both ways. 'Access money' both stimulates investment and growth and produces serious risks for the economy and political system. Since China opened its markets, corruption has evolved toward access money. Drawing on a range of data sources, Ang explains the evolution of Chinese corruption, how it differs from the West and other developing countries, and how Xi's anti-corruption campaign could affect growth and governance. In this formidable yet accessible book, Ang challenges one-dimensional measures of corruption. By unbundling the problem and adopting a comparative-historical lens, she reveals that the rise of capitalism was not accompanied by the eradication of corruption, but rather by its evolution from thuggery and theft to access money. In doing so, she changes the way we think about corruption and capitalism, not only in China but around the world.

Yuen Yuen Ang is a political scientist and China scholar at the University of Michigan, with a Ph.D. from Stanford University. Her work examines the interaction between economics and politics from an adaptive perspective—with a focus on China’s rise as one of the greatest disruptions of our times. She is the inaugural recipient of the Theda Skocpol Prize for Emerging Scholar, awarded by the American Political Science Association for “impactful empirical, theoretical and/or methodological contributions to the study of comparative politics.” She is also named an Andrew Carnegie Fellow for “high-caliber scholarship that applies fresh perspectives to the most pressing issues of our times.” Her first award-winning book,How China Escaped the Poverty Trap (2016), is acclaimed as game-changing and field-shifting. It is the first book to apply a complexity and systems paradigm to explain China's rise. The sequel to this book, China’s Gilded Age: the Paradox of Economic Boom & Vast Corruption(2020), was reviewed in The Economist and Foreign Affairs, and discussed by analysts in countries as diverse as Austria, India, Nigeria, and South Africa.

Professor Ang is frequently invited to advise and speak across the academic, business, foreign policy, development policy, and civic communities. She has consulted the United Nations and United Nations Development Programme (UNDP) on adaptation, innovation, and China's Belt and Road Initiative. She writes for a broad audience in outlets such as Foreign Affairs, Project Syndicate, and South China Morning Post. Media profiles and reviews of her work have appeared in both English and Chinese-language outlets, including CGTN’s Visionaries, Project Syndicate, The New York Times, The Wire China, Dushu(读书), CNPolitics(政见), Initium Media(端传媒), Jiemian(界面), and Pengpai(澎湃).

Her existing work is best known for illuminating one key question surrounding China’s rising global influence: What is the China model? As US-China competition heats up, “the China model” has become a focal point of ideological contention. Ang rejects popular portrayals of China's model as simply centralized control; instead, she demonstrates that China prospered under Deng through “directed improvisation” (directions from the top paired with bottom-up adaptation). But China's growth has also been accompanied by corruption and inequality, creating a modern parallel of the 19th-century American Gilded Age.

A citizen of Singapore, Ang is a graduate of Colorado College and Stanford University. Before joining Michigan, she was on the faculty of Columbia University SIPA. Ang’s experience as a cultural nomad deeply shapes her work (see Duncan Green’s blog on bicultural scholars. She grew up in Singapore, received her higher education and works in the United States, specializes in China, studies other parts of Asia and Africa, and travels around the globe. Despite being a cultural outsider wherever she goes, she has come to appreciate a simple fact: people everywhere are fundamentally the same.

This event is co-sponsored with the Julis-Rabinowitz Center for Public Policy & Finance and the Center for Contemporary China.