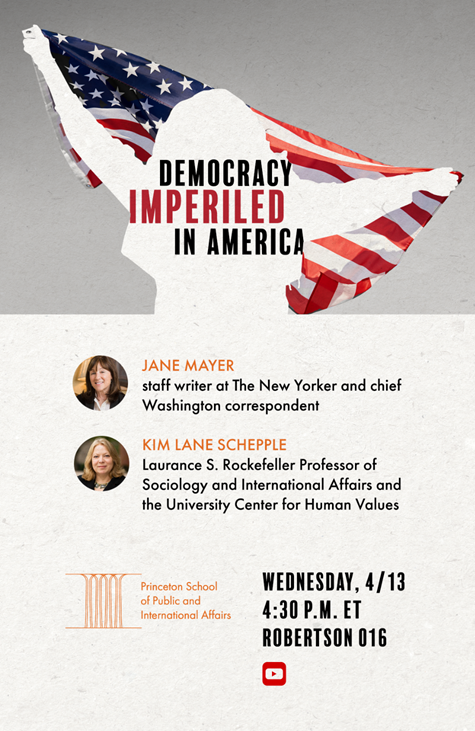 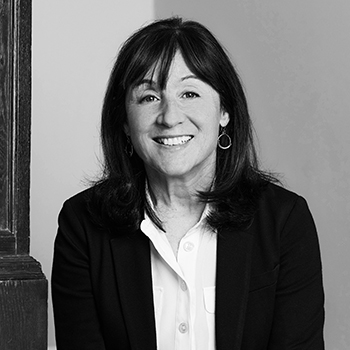 Jane Mayer has been a staff writer at The New Yorker since 1995. The magazine’s chief Washington correspondent, she covers politics, culture, and national security. Previously, she worked at The Wall Street Journal, where she covered the bombing of the U.S. Marine barracks in Beirut, the Gulf War, and the fall of the Berlin Wall. In 1984, she became the paper’s first female White House correspondent.

She is the author of the 2016 Times best-seller “Dark Money: The Hidden History of the Billionaires Behind the Rise of the Radical Right,” which the Times named as one of the 10 best books of the year, and which began as a 2010 New Yorker piece about the Koch brothers’ deep influence on American politics. She also wrote the 2008 Times bestseller “The Dark Side: The Inside Story of How the War on Terror Turned Into a War on American Ideals,” a finalist for the National Book Award, which was based on her New Yorker articles and was named one of the top 10 works of journalism of the decade by New York University’s Arthur L. Carter Journalism Institute, and one of the 10 best books of the year by the Times. She is the co-author, with Jill Abramson, of “Strange Justice,” also a finalist for the National Book Award, and, with Doyle McManus, of “Landslide: The Unmaking of the President, 1984-1988.” All four of her books have been New York Times bestsellers. 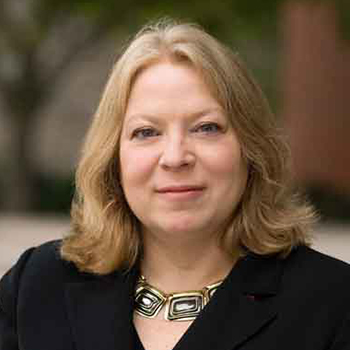 Kim Lane Scheppele is the Laurance S. Rockefeller Professor of Sociology and International Affairs in the Princeton School of Public and International Affairs and the University Center for Human Values at Princeton University. Scheppele's work focuses on the intersection of constitutional and international law, particularly in constitutional systems under stress. After 1989, Scheppele studied the emergence of constitutional law in Hungary and Russia, living in both places for extended periods. After 9/11, she researched the effects of the international "war on terror" on constitutional protections around the world. Since 2010, she has been documenting the rise of autocratic legalism first in Hungary and then in Poland within the European Union, as well as its spread around the world. Her many publications in law reviews, in social science journals and in many languages cover these topics and others. Scheppele is an elected member of the American Academy of Arts and Sciences and the International Academy of Comparative Law. In 2014, she received the Law and Society Association’s Kalven Prize for influential scholarship. She held tenure in the in the political science department at the University of Michigan, taught full-time in the law school at the University of Pennsylvania, was the founding director of the gender program at Central European University Budapest, directed the Program in Law and Public Affairs at Princeton for a decade, and has held visiting faculty positions in the law schools at Michigan, Yale, Harvard, Erasmus/Rotterdam, and Humboldt/Berlin. She is a member of the Executive Committee of the International Association of Constitutional Law, elected as a “global jurist.” From 2017-2019, she was the elected President of the Law and Society Association.