Description: This undergraduate task force focused on issues in the South African education system, from early childhood education to secondary school and vocational training. Education is an integral factor in overcoming the country’s poverty issues and ensuring its economic future. Students examined challenges within each sector of the system, such as its potential for growth when students face the challenge of being taught in any one of 11 languages. Students concluded the course with a report offering recommendations that could help the South African government and the non-profit sector improve the education system. 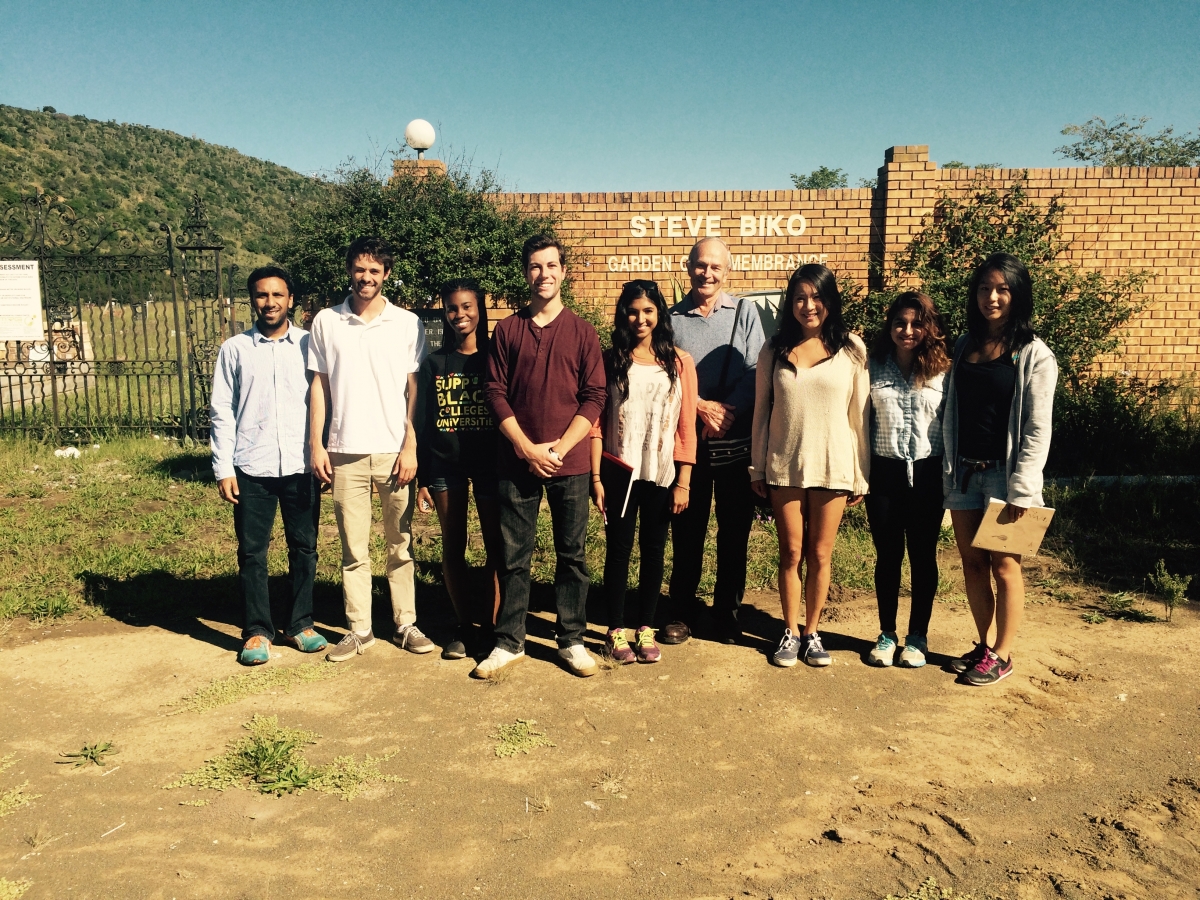 Instructor: Francis A.H. Wilson, visiting professor of public and international affairs, has been at the School of Economics at the University of Cape Town for more than 40 years.

Wilson founded and previously directed the Southern African Labour and Development Research Unit at the University. During the 1980s, he directed the second Carnegie Inquiry into Poverty and Development in Southern Africa, which looked at the poverty of black as well as white South Africans. Until that point, the apartheid regime had covered up much of the economic disparity. In the 1990s, he was chairperson of the Council at the University of Fort Hare as well as the National Water Advisory Council. Wilson was also chairperson of the International Social Science Council’s Scientific Committee of the Comparative Research Programme on Poverty, based in Norway.

Task Force: All undergraduate majors at the Woodrow Wilson School of Public and International Affairs complete a policy task force as part of their junior independent work requirement. The courses are designed to focus on unresolved policy issues, giving students the opportunity to research and approach matters in real time.

To meet Princeton University’s junior policy paper requirement, each Wilson School junior researches a particular aspect of an issue covered in the task force and offers written recommendations in their policy paper. The students then collaboratively produce a final white paper offering their recommendations to officials in the public and private sectors.

Princeton in Cape Town: Through an agreement between the University of Cape Town (UCT) in South Africa and Princeton University, Wilson School students may enroll directly in UCT for the spring semester, which is the fall semester at UCT. Princeton students study alongside South African university students and are eligible to participate in the many activities sponsored by UCT and its student body.

UCT, founded in 1829, is committed to both teaching and research. One of the country’s leading universities, the University has four campuses and 20,000 students. The school considers itself an advocate in confronting the challenges of post-apartheid South Africa.

Joint Report on South African Education Policy: The students’ joint report addresses the quality and quantity of educators, poor numeracy levels of students, class size, the skills gap and the low enrollment of students of color. The students identify the issues facing the country’s education system and examine the historical background. Using this and a cultural awareness, they offer detailed solutions for both the government and the non-profit sector.

To improve the training and availability of teachers, for example, they suggest recruitment and professional development efforts within the existing structure of counselors and social workers and collaboration between the government and non-governmental organizations. They also encourage a scholarship program for those pursuing careers in education. For funding, the students point to areas outside of the government’s education fund, which is already strapped.

To address the skills gap, students suggest setting standards in place for measurability. The government could then scale up programs that are working and use them to model the curriculum. In the report, the students describe how, from an early age, children should be shown the potential for developing varying skills related to the demands of the country.

Because of the vastly insufficient funds to cover many initiatives, the students propose  “contract” schools, which are government funded but managed by private providers. Globally, this has proven to make a significant difference when it comes to educational opportunity for the impoverished. First, however, significant awareness would need to be raised among the population. While there is no major opposition to the program in South Africa, the students argue that the political inertia that plagues education reform needs to be addressed.

At the End of the Semester: The students traveled to the Eastern Cape province, where they visited sites sponsored by the Steve Biko Foundation, a community development organization in South Africa named in honor of the anti-apartheid activist. Inspired by the Black Power movement in the U.S., Biko founded the Black Consciousness movement in the 1970s. He was later killed by security police. The students visited sites such as Biko’s grave and gained a better understanding of his life, influence and enduring legacy.

Students Say: “Our task force spent a week visiting different organizations related to education,” De Vann Sago ’16 said. “We all agreed that our trip to the Eastern Cape and especially our trip to the Biko Garden and Biko Center were one of the highlights of our semester in Cape Town.”