Society Perceives the Poor as “Hardened,” Less Affected By Distress Than Those With More Means

Negative life events can cause crippling distress, significant hardships, and even lifelong trauma. The poor are perceived to be “hardened” by these events and therefore less harmed by them than those with more means, even when this is patently false, according to a series of studies published by Princeton University.

The researchers found this “thick-skin bias” persisted when looking at poverty in both childhood and adulthood, as well as across White, Black, LatinX, and Asian groups. The researchers also found strong evidence for the bias in a nationally representative U.S. sample, as well as people working in customer service, mental health, and education.

The findings, published in the journal Behavioral Public Policy, have profound implications. According to the authors, the assumption that lower-socioeconomic individuals are better equipped to handle distress than their higher-socioeconomic counterparts is persistent, often wrong, and could lead to institutional and interpersonal neglect of those most in need, further exacerbating cycles of poverty.

“If people in poverty are perceived as happy with less — less distressed when things go badly and more pleased when little things go well — they may receive less courtesy, less care, and less attention, along with greater neglect and disrespect,” said Eldar Shafir, Class of 1987 Professor in Behavioral Science and Public Policy and professor of psychology and public affairs at the School of Public and International Affairs. “The thick-skin bias risks focusing attention, effort, and other resources on those who overwhelmingly receive them, while exacerbating and justifying the failure to support those most in need — even when such treatment is neither strategic nor profitable, nor even intentional.”

Shafir and co-author Nathan Cheek, a Ph.D. candidate in psychology at Princeton, theorized that a thick-skin bias might influence how people perceive the hardships of the poor. They decided to investigate this across a series of studies that looked at various negative life circumstances, from major to minor. Participants in the first few studies were recruited primarily through Amazon’s Mechanical Turk, a crowdsourcing website, as well as other online platforms.

In the first four studies, participants were asked to rate the extent to which they thought individuals of different races would be affected by various negative life events. These ranged from minor inconveniences, like being served an overcooked meal, to more serious experiences like being wrongly accused of shoplifting by a police officer. Participants were presented with a photo and short “story” about each person — all of whom were described as “born and raised in a large city in the U.S.” and identified as either low or high socioeconomic status. Independent of race, individuals of lower socioeconomic status were perceived as significantly less harmed by the negative events that those of higher socioeconomic status. 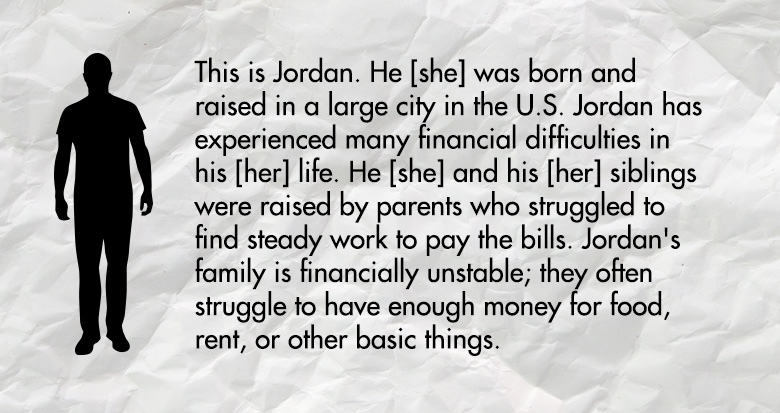 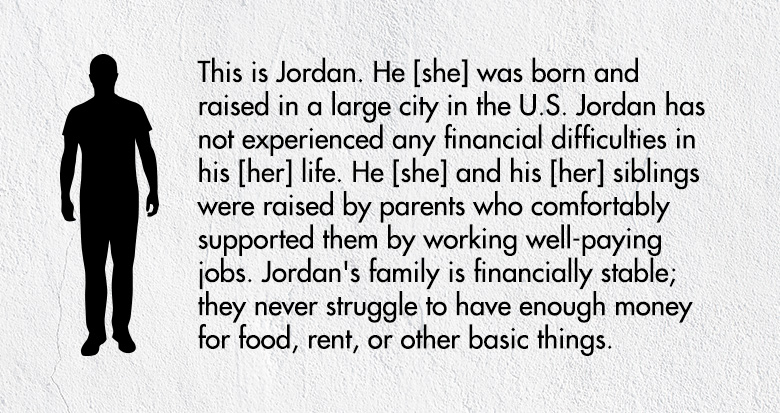 These studies found that both past and present socioeconomic status can drive the thick- skin bias. The researchers also observed that people believe the formerly rich are more easily toughened by poverty than the formerly poor are weakened by abundance.

In the last set of studies, the researchers evaluated the thick-skin bias in the judgments of professionals. They recruited chefs, social workers, teachers, and graduate students training to be therapists to be part of the study.

Finally, the researchers conducted a representative survey across the U.S. population; 772 participants were analyzed and given a similar test. Participants judged the effect of 10 negative events on a low-socioeconomic or a high- socioeconomic person; sex and race differed, as well as the severity of the events.

Across all studies and scenarios, the thick-skin bias persisted: Participants generally perceived people of lesser means to be less affected by the same negative events than their higher socioeconomic counterparts. This was not driven simply by perceptions of the rich, either. While people thought the absence of hardship left the rich more vulnerable, they clearly felt that hardships hardened the poor. And, the researchers explain, this is often false: “Chronic stress and repeated adverse life experiences of the kind often encountered by those in poverty…do not buffer against future such negative events. On the contrary, they can exacerbate their impact,” Shafir said.

The findings held true regardless of expectation, age, or profession. Whether the traumatic event was “to be expected” in the lives of the poor, or was equally surprising for poor and rich, people generally perceived those of lower socioeconomic status to be less distressed by it. Those who were presumed to grow up in poverty were also seen as being less affected by distress than those who grew up in higher socioeconomic contexts. Importantly, professionals working in a variety of fields displayed the thick-skin bias, which could affect how people of lower socioeconomic status are treated in restaurants, schools, and other settings.

This pattern of results, the researchers said, should be concerning. Policymakers themselves are likely to exhibit the thick-skin bias, which is likely to shape their judgments of urgency and need, and can fuel institutional inequality. This is also true for other practitioners like those in finance, housing, law, philanthropy, or the criminal courts. Perhaps most consequential, the researchers conclude, are the implications of the thick-skin bias for the levels of concern and civility shown in everyday life.

“During a global pandemic and recession, it is perhaps more important than ever to ensure that people in poverty receive the resources and support they need,” said Cheek. “But it is hard to imagine achieving that if the thick-skin bias prevents us from fully seeing people’s experiences — their distress and their pain — in the first place.”

The paper, “The Thick Skin Bias in Judgments About People in Poverty,” first appeared online Aug. 14 in Behavioral Public Policy.