Recognizing the importance of introducing the next generation to some of the world’s most important policy conversations, the Princeton School of Public and International Affairs (SPIA) sent a group of students to the 27th Conference of the Parties to the United Nations Framework Convention on Climate Change (COP27) in Sharm el-Sheikh, Egypt in November for a first-hand opportunity to observe the proceedings of the largest global gathering on climate change.

Since the first UNFCCC conference was held in Berlin in 1995, governments have met annually to discuss policies to address climate change and the rise in global temperatures. As countries such as the United States, China, and the European Union set more ambitious targets to slash emissions over the next couple of decades, conferences like these become more and more important to facilitate collaboration between stakeholders from around our increasingly interconnected world. 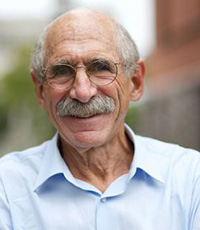 Michael Oppenheimer, professor of Geosciences and International Affairs and director of the Center for Policy Research on Energy and the Environment (C-PREE) at SPIA, said that the increased attention on these types of conferences is a big reason why SPIA wanted to send their students to COP27 this year.

“There’s been a groundswell of interest from students in the past few years,” said Oppenheimer. “We built on the experiences of a C-PREE postdoc and a graduate student who attended COP26 last year to facilitate participation by a far larger delegation this year, and went out of our way to put together enough resources to pay for students’ travel expenses. So we viewed this as an incredible educational opportunity. There’s nothing quite like this conference, since there’s a strong presence of nongovernmental organizations in addition to the negotiators themselves. Most of the activity itself isn’t in the negotiations but presents an incredible networking opportunity, and has become very important in the business of limiting climate change.” 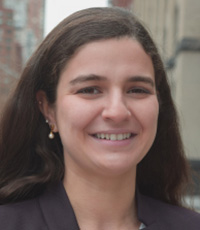 And the involvement of nongovernmental organizations didn’t go without notice from the students either.

The number of parties active in climate is far greater than one would think. "Public sector, private sector, and governmental bodies were all present,” said Anna Jacobson, PhD student and HMEI-STEP fellow. “One of my major takeaways from the trip was that progress does not happen from any one individual actor in a vacuum, but from large scale international and intersectoral relationships.”

Other students agreed, noting that getting the opportunity to attend the conference in-person allowed them to observe dynamics that they wouldn’t have otherwise been able to see had they just read the news reports or discussed it in class. 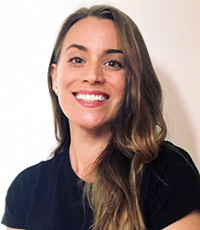 “Before attending COP, I was focused entirely on the negotiations. When I got there, I was surprised by how prominent and, in many ways, separate from the negotiations the pavilions and side events were,” said Hilary Landfried, MPA ‘23. “This is where a lot more vibrant and varied discussion seemed to be taking place — and even though it isn't formal negotiations, there is likely a value to having so many different perspectives in once place at one time. The challenge is getting them all to talk to each other.”

Not only did attending the conference allow students to view the political process up close, but students found it helpful to inform the research that is happening within SPIA as it relates to climate change as well. Glen Chua, PhD student and HMEI-STEP Fellow, said that one of his big takeaways from the event was a better understanding of how changemakers view the academic work that’s his current focus. 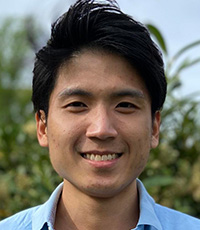 “It made me realize that there are so many actors from all walks of life working on tackling various aspects of climate change, in a way that I had not appreciated before until seeing all of them congregated in one space,” said Chua. “As an atmospheric scientist working with climate models, it was interesting to see how other stakeholders use and value the work that is being done in academia. I hope to continue doing academic work in the sciences that can be used to inform policy, and further develop my ability to engage with people outside of academia.”

Not only that, but as young people worldwide contend with the fact that they will most likely bear the brunt of the climate crisis and need to come up with solutions, multiple SPIA students noted their appreciation for getting the opportunity to witness conversations at the conference they could one day be participating in themselves. 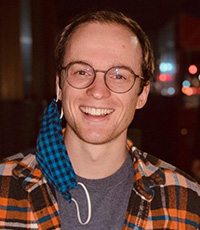 “Young people make up a large percentage of the global population, and often offer perspectives to the global discussion that may not otherwise be voiced,” said Joshua Rines, a PhD student in the Atmospheric and Ocean Sciences Program at Princeton.

“Young people do not usually hold positions of power in sectors such as business, industry or government, and one of the platforms in which our perspectives can still be included is in these global policy conversations,” added Chua.

As the conference came to a close, students spoke about their appreciation for the opportunity to attend, and didn’t take for granted how SPIA positions them to take advantage of rare and unique opportunities such as these. 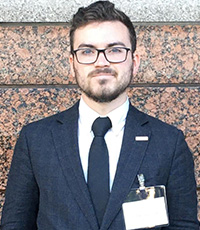 “I am happy that SPIA is taking seriously the climate crisis and the need to develop new approaches to reduce global greenhouse gas emissions,” said Lucas Frye, PhD student and HMEI-STEP Fellow. “Not every university has secured accreditation as an NGO observer to the UNFCCC so it's good that we are starting to make the most of our credentials.”

“I am deeply grateful to SPIA for having sent me to COP. It very much feels to me like SPIA values my own professional development beyond just what I can bring back to campus with me,” said Jacobson. 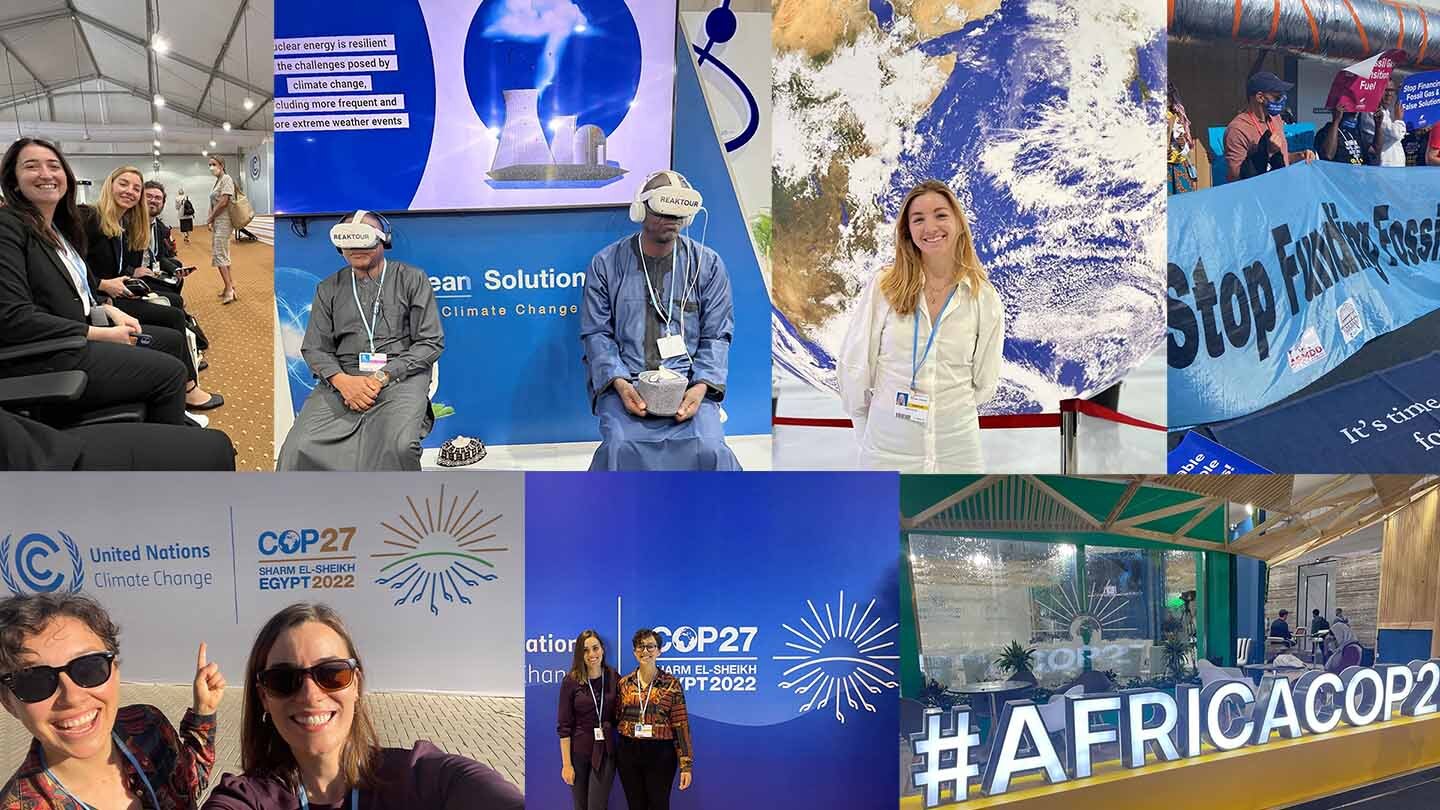