But it is unlikely that President Trump will dramatically change U.S. foreign policy due to a number of domestic, political and international constraints, according to a new essay written by researchers at Princeton University, Harvard University and the University of Illinois.

When it comes to foreign policy, America has an “international liberalism” stance, which encourages engagement with other countries, not isolationism. The strategy, which is not skewed politically, promotes a number of bi-partisan principles including: support for freedom, democracy, human rights, free press, open markets globally, among other ideals.

While President Trump’s recent actions appear to be shifting away from international engagement, he and Congress will likely maintain this stance because it advances America’s national interests. America benefits too much from international liberalism to abandon it, the researchers conclude.

Politically and domestically, moving away from international engagement could harm members of the U.S. Senate and House, state-level officials and the citizens they serve.

Internationally, abandonment would hurt the United States legally and systemically and in terms of power. Trump and his team won’t want China and Russia, which do not share America’s priorities, to gain influence.

In their essay, the researchers evaluate four areas of foreign policy (featured below). Because of domestic and international constraints, President Trump will have limited influence over trade, climate change or immigration, they said, though he may have more sway over foreign aid. 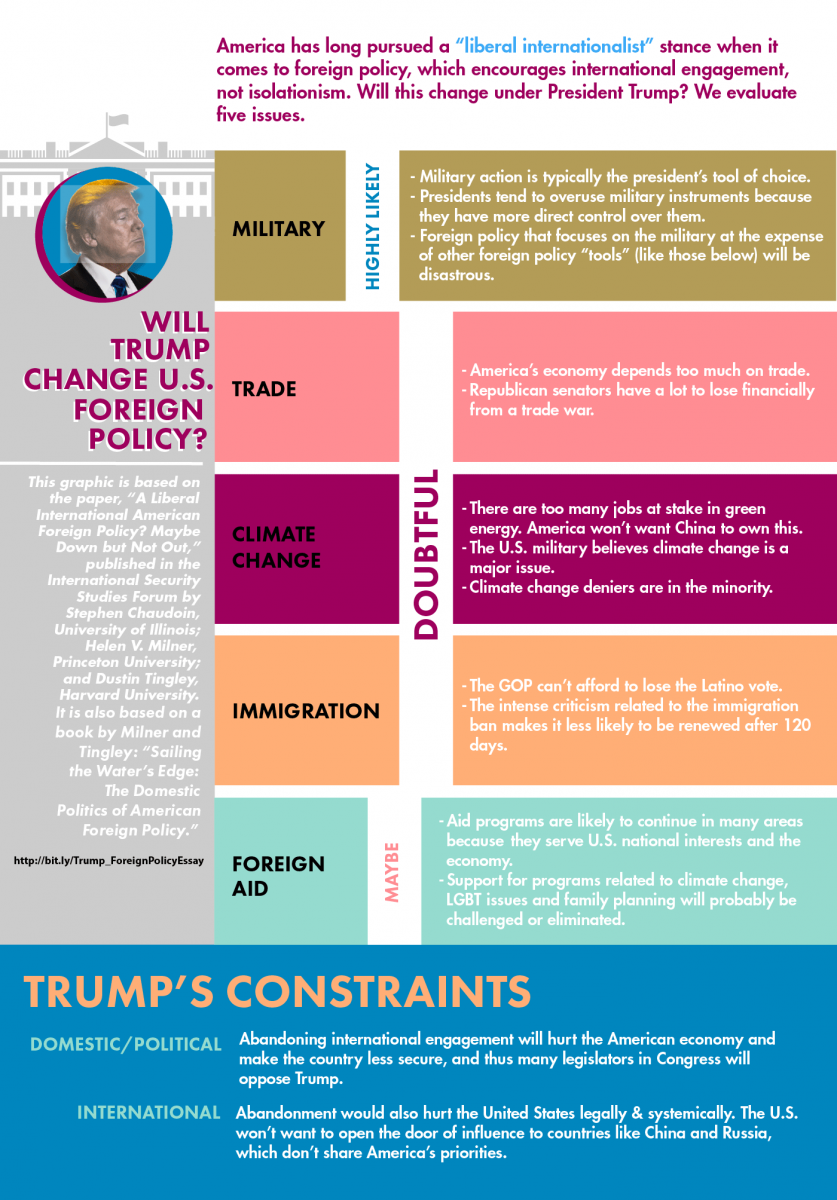 “Aid programs will likely continue in many areas because they serve U.S. national interests and the economy,” the researchers said. “But support for (foreign aid) programs in certain areas like climate change, LGBT issues and family planning will likely be challenged.”

Although the researchers feel confident in their predictions, they noted in the essay that they could be wrong (but hope they are not).

“Trump and his team’s stance on isolationism and economic nationalism might be stronger and more persistent than we realized, which would change our predictions. If this is the case, and Trump takes the United States on a dramatic new course, then we’ll need to reassess what we know about how foreign policy is made,” the researchers concluded.