The Woodrow Wilson School of Public and International Affairs has selected two students as the 2018 Richard H. Ullman Fellows. This fellowship allows recipients to engage in a one-year, career-defining practitioner experience in the field of international affairs. The Ullman Fellowship is awarded annually to one or two currently enrolled Woodrow Wilson School students who wish to pursue a significant international project in a full-time assignment for one year.

The Richard H. Ullman Fellowship was established in 2014 by former students, colleagues and family members in honor of the late Richard H. Ullman, the David E. Bruce Professor of International Affairs, Emeritus, at the Woodrow Wilson School. Ullman published hundreds of academic papers on foreign policy. He served in many governmental, journalistic and academic positions and helped compile the Pentagon Papers. Ullman was a distinguished scholar of international affairs at Princeton University for more than 40 years and educated and mentored generations of students — many who have guided U.S. foreign policy for both Democrat and Republican presidents.

Congratulations to the new fellows: 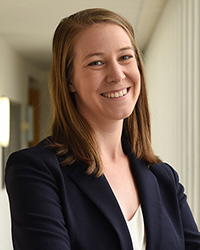 Teresa hails from the deep south but made her way to the far north to complete her undergraduate studies in languages and international politics at Middlebury College in Vermont. As an undergraduate, she lived in France, China and Romania, researching disparities in access to primary education based on ethnicity and their impact on educational achievement for marginalized groups. After graduating, Teresa worked in international advertising as a director at Craft Translation, where she oversaw the rollout of global ad campaigns for companies including Coca-Cola and Google in over 100 countries.

At the Woodrow Wilson School, Teresa has brought together her private sector experience in project implementation and her passion for international education policy. Focusing on programming and best practices for education in emergencies, Teresa has worked in New York, New York, with the Inter-Agency Network for Education in Emergencies and in Amman, Jordan, with both UNDP’s Regional Bureau for Arab States on issues related to youth and UNICEF’s No Lost Generation initiative supporting education responses to the crises in Syria and Iraq. Teresa is expected to receive her MPA in June 2018.

Teresa plans to spend her fellowship year working in the field of education in emergencies to identify and promote good practices in issue areas including conflict-sensitive education, psychosocial support and social-emotional learning, gender inclusivity and early childhood development. 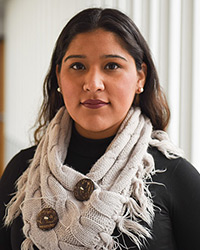 María was born in Guanajuato, Mexico. As a child, she moved to Texas with her family. A Woodrow Wilson School concentrator expected to graduate in June 2018, she focuses on migration policy, especially in the context of Latin America and Latinx communities in the United States, and is pursuing certificates in Latino and Latin American studies.

María is deeply involved with Dream Team, the migrants’ rights advocacy group on campus, serving as a project coordinator and then as a co-director. She developed and led a Princeton Breakout service learning trip to Arizona, which grappled with the border’s humanitarian aid crisis. Since her first year on campus, she has also been part of Community House, a Pace Center program that seeks to close the achievement gap for under-served communities in the Princeton town. She served as a project liaison, a summer camp counselor, a general volunteer and on Community House’s executive board.

The summer after her sophomore year, María returned to Mexico and worked with Centro De Los Derechos del Migrante (CDM), a transnational migrants’ labor rights organization based out of Mexico City and Baltimore. For her junior paper, she volunteered with RAICES, a migrants’ rights organization that provides legal and pro-bono assistance to migrants and asylum-seekers in Texas. Most recently, María interned with the Mexican American Legal Defense and Education Fund, a national legal nonprofit in Los Angeles. Currently, María serves as a Whitman College Peer Academic Advisor and sits on the Woodrow Wilson Department Advisory Council.

María plans to return to CDM as an Ullman Fellow to advocate for migrant labor rights from this side of the border. She will be conducting Know Your Rights activities for H-2B (visa nonimmigrant program) guest worker communities in Maryland, advocating for state and national guest worker labor protections and assisting with legal campaigns. María is thrilled to continue learning and engaging with issues she cares deeply about.

The 2018 fellows join five other Ullman Fellows, three of whom have completed their fellowships and two of whom are in the field this year. Emma Wingreen ’17 is in the Dominican Republic working with Mariposa DR Foundation to implement a digital literacy campaign for girls and young women. Emily Ruskin MPA ’17 is working at the New York City Mayor’s Office of Immigrant Affairs. She coordinated the Global Mayor’s Summit on Migrants and Refugees last fall and is currently focused primarily on developing New York City’s policy vis-à-vis the 2018 UN Global Compacts on Migration and Refugees.