In a report presented to Sarah Wartell, president of the Urban Institute in Washington, D.C., on Jan. 9, the task force discussed many diverse solutions to the debt crisis. Students argued that significant changes should be made to the tax code to raise more money, make it more equitable, promote economic growth and make the United States more competitive. In addition, other specific recommendations focused on long-term fiscal concerns of major entitlement programs, including Social Security, Medicare, Medicaid and the Affordable Care Act. 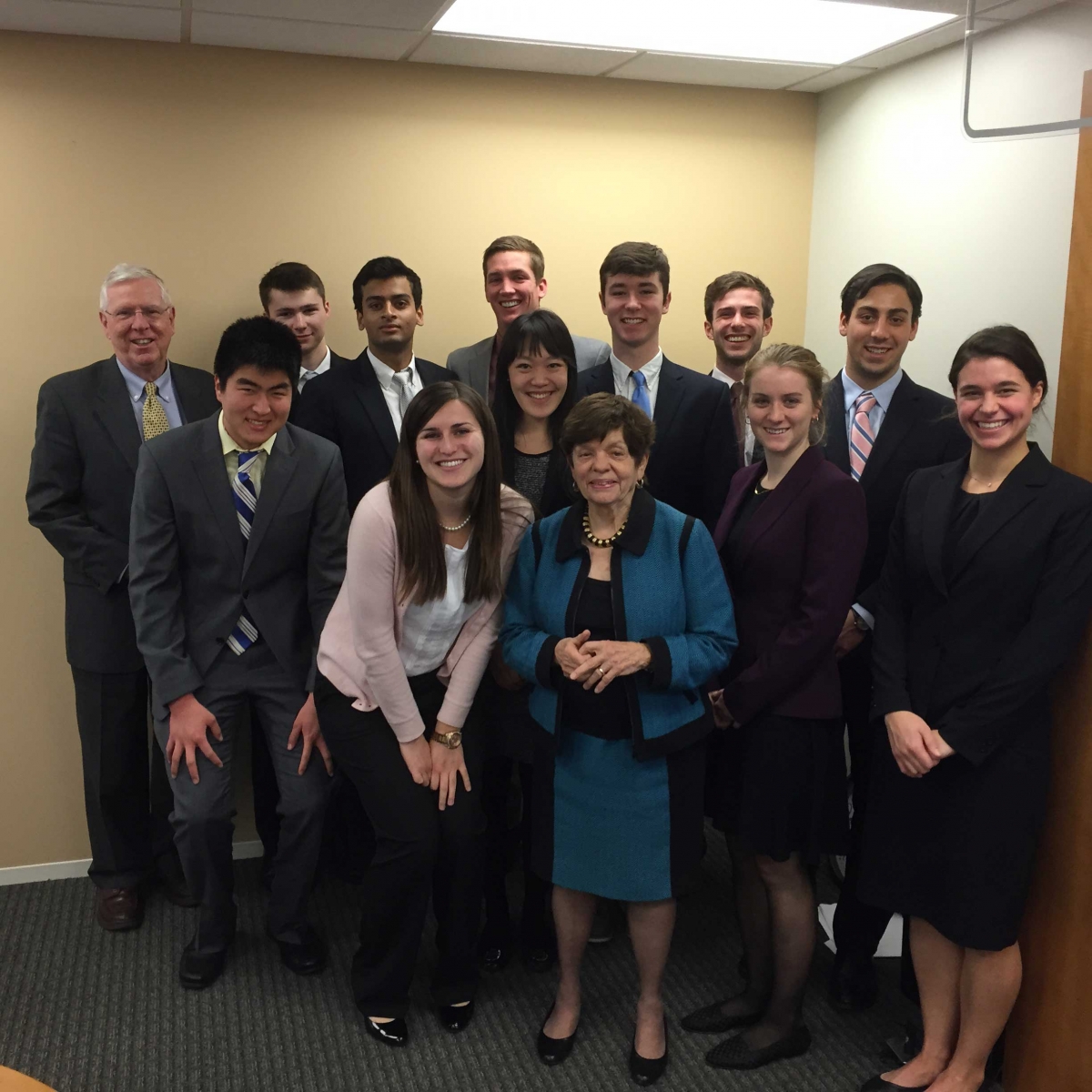 Major structural changes – including partial privatization of Social Security and transforming Medicare into an expanded and overhauled version of Medicare Advantage – along with other less controversial recommendations were suggested and discussed between the Wilson School students and think-tank policy fellows.

In the afternoon, the task force met with Senior Policy Fellow Alice Rivlin of the Brookings Institution and former director of the Congressional Budget Office. Rivlin discussed individual program and tax reform recommendations made by the students, challenged the students on their proposals and provided feedback on the task force’s debt reduction plan.

Members also agreed that the feedback received from these policy experts was an invaluable part of their experience. Matt Kelly ‘16, who researched ways to improve Medicare and reduce costs said, "Traveling to Washington and having our findings scrutinized by people with expertise made the Task Force experience more meaningful."

"Presenting our work and being challenged by renowned figures like Alice Rivlin and Sarah Wartell was a perfect way to end the seminar. It was a unique experience," said Evan Draim ‘16, who presented an option to a partial privatization of Social Security.

Nicholas van der Vink ’15 served as senior commissioner of the task force. The task force was directed by Richard F. Keevey, lecturer at the Woodrow Wilson School, former Office of Management and Budget director for New Jersey and former deputy under secretary of defense for finance, and chief financial officer at U.S. Department of Housing and Urban Development.