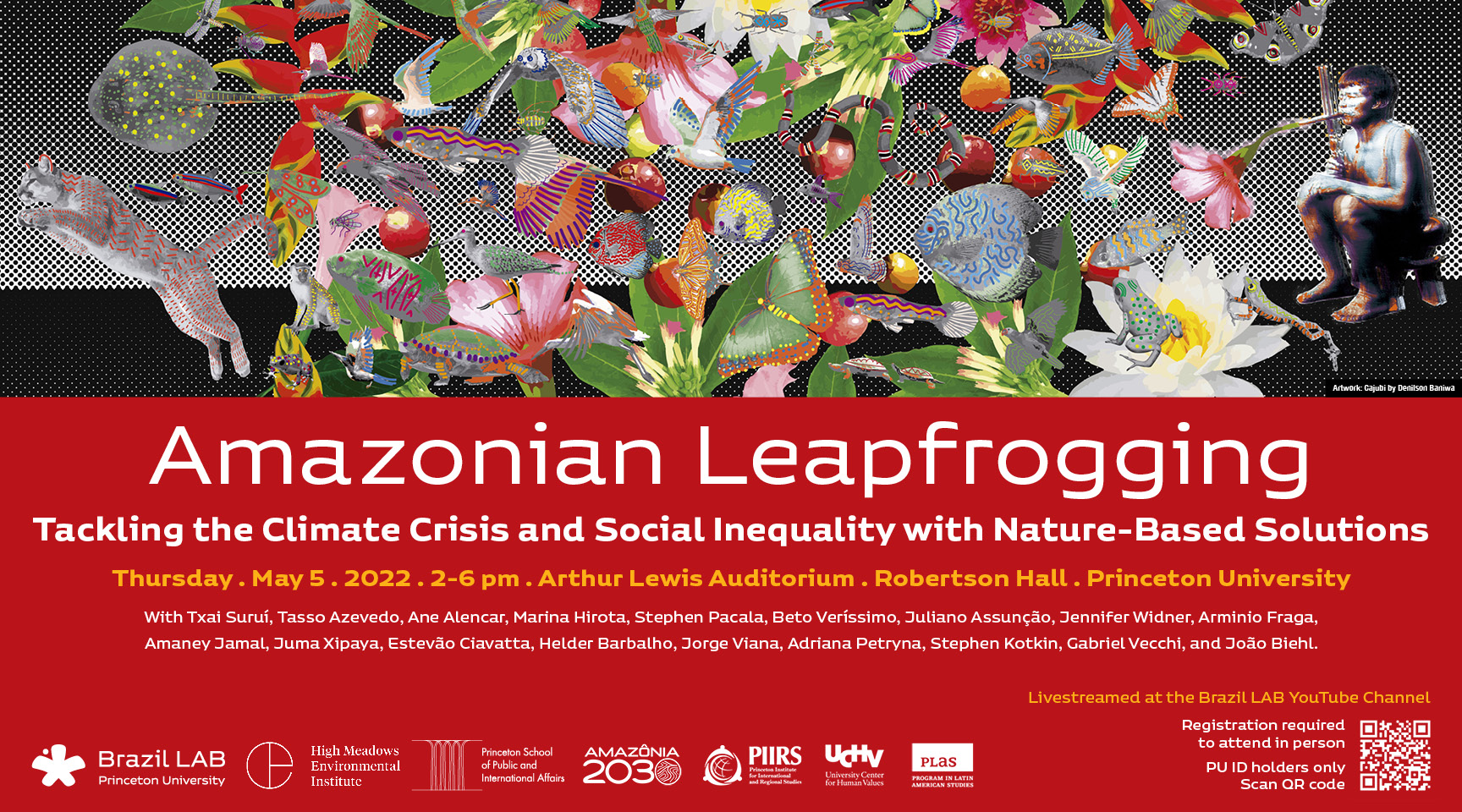 The home of over 400 Indigenous peoples, Amazonia has more species of animals and plants than any other ecosystem and it is a major carbon sink that remains under threat. The Brazilian Amazon is both a hotspot of climate and biodiversity crises and a critical nexus in the fight for the planet’s regreen shift.

On May 5-6, 2022, PIIRS’s Brazil LAB, the High Meadows Environmental Institute, and the Princeton School of Public and International Affairs will host the conference Amazonian Leapfrogging to envision concrete efforts to safeguard Amazonia for Brazil and the planet. Without the conservation of the Amazon, chance®∫s to reach the Paris Agreement commitments are greatly imperiled.

The young Indigenous leader Txai Suruí – who represented Brazil’s Amazonian peoples at COP 26 in Glasgow – will speak at the opening of the conference on Thursday, May 5th (see schedule). She will emphasize the need to listen to the earth as we try “to open up different paths for global change now.”

The conference’s two first sessions on Thursday afternoon (2:00-6:00 pm) will be open to the larger Princeton community and livestreamed on the Brazil LAB’s YouTube channel. The sessions will convey the current dire situation of the rainforest (in terms of climate emergency, deforestation and megafires, biodiversity loss and social vulnerability) and outline the drivers towards an environmental and socio-economic leapfrogging.

On the conference’s second day (not open to the public), invited participants will weigh in on findings from cutting-edge environmental, social scientific and policy research developed by our Brazilian colleagues through the Amazônia 2030 initiative (an outcome of our first Amazonian Leapfrogging conference in Fall 2019). Pairing Brazilian and Princeton scholars, these sessions are structured around the following key themes: Curbing Amazonian Deforestation; Biodiversity and Forest Restoration; Fighting Poverty and Violence; Scaling Up Amazonian Bioeconomies; Designing Infrastructures and Harnessing Investments for a Flourishing Amazonia; and the Future of the Rainforest in the Ballot Box.

Amazonian Leapfrogging is organized together with the Brazilian initiative Amazônia 2030 and is co-sponsored by the University Center for Human Values and the Program in Latin American Studies.